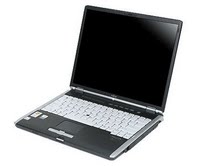 TVs were once a staple in student flats, but it seems people are increasingly relying on other devices to get their viewing fixes. After all, there are many different products on the market for individuals to choose from, including laptops and tablets. Meanwhile, anyone who wants to replace their current devices for new ones can turn to laptop trade in services. This is a quick and convenient means of swapping laptops for money.

According to research released by End sleigh, only one in five students now take TVs to university with them. Instead, most people rely on their laptops or smartphones to watch programmes.

The firm also found that students take an average of more than £2,000 worth of gadgets with them when they leave home to start their studies. The most popular devices among students are laptops and net books, with 96 per cent of those polled owning one of these products. Smartphones come a close second, with nine in ten respondents having these items. This was ten per cent up on last year’s figure. Meanwhile, iPhones were the most in-demand, with 40 per cent of students owning one. This was five per cent higher than Android phone ownership.

In addition, nearly one in four students now owns an iPad. This was an impressive 147 per cent increase on last year’s figure.

As well as investing in devices, students are also spending big when it comes to digital files. The average student now possesses around £715 worth of digital music and over £200 worth of online journals and textbooks.

Unsurprisingly, the most commonly used apps on mobile web devices were Facebook (89 per cent) and YouTube (81 per cent). In third place, Google Maps was used by 70 per cent of respondents and, coming fourth, Twitter was used by 49 per cent.

Endsleigh also found that bulkier items like TVs are falling from favour. Only one in five students now owns a separate TV. This was down by 17 per cent on 2012. In addition, 17 per cent owned a stereo system, representing a fall on last year of 22 per cent. Also declining in popularity among students were games consoles, which are now owned by 12 per cent of students.

Responding to the findings, Endsleigh’s Sara Newell said: “Our research shows that, as technology improves and gadgets become more and more multi-functional, students are relying on just a few portable devices both for work and play. From listening to music, watching films and taking photos, to using these gadgets for reading text books digitally, or making lecture notes, these high-tech devices have become an everyday part of student life.”

In a note of caution, she added: “That’s why it’s so important that students take care of these expensive items, especially when they’re out and about.”

To save themselves some money, students can trade in laptop devices for cash. They may choose to use the funds they generate to buy new products or simply to help them cover their living costs.