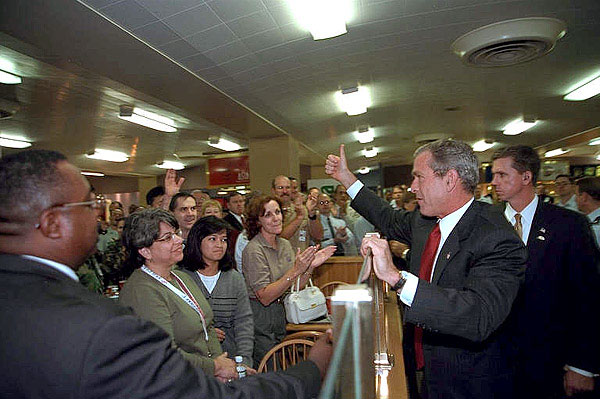 Pentagon has started issuing warning signals to all its employees and has ordered to look-out for suspicious colleagues demonstrating their anguish with foreign policies of the United States. According to sources, Pentagon has charted down a number of traits that would help classifying anyone as ‘insider threat’.

The Defense Department is highly afraid regarding rerun of any situation where federal employees would start following the path of Bradley Manning, a first class Army Private. In order to check such situations, the department is leaving no stone unturned for finding suspected information leakers among their employees under their ‘Insider Threat’ program.

DISA or the Defense Information Systems Agency, has even done an online presentation with its staffers, charting down outline traits that would help qualify a person as ‘high threat’. The program ‘Insider Threat’ requires a number of government officials who would spy on everyone to determine potentially threatening persons.

According to reports of Huffington Post, DISA has defined insider risks to be potential threats from individual or a group of people having access to crucial information on various systems of the organization and may be tempted to initiate loss of data, physical inventory and various other risks associated with security.

In order to offer a helping hand to the federal employees in identifying individuals at high risk, the DISA assembles a ‘CyberAwareness Challenge’ that came into being in October 2012, a month before completion of policy related to Insider Threat. Under the set guidelines, a security challenge section requires all employees to check out for levels of threat related to hypothetical individuals whom they might come across in related offices.

Lt. Col. Damien Pickart has openly defended the Insider Threat program. He argued that the validity of the program lies on several earlier examples where many personnel were treated to be a threat for spying or initiating acts of treason.

In order to simplify the versions, DISA explained with the help of an example that a high level threat to security would be an Indian woman traveling twice in a year to India and is even vocal of her unhappiness with changed foreign policies of the United States. According to the program, such an employee would demonstrate divided loyalty and is certainly categorized as a threat, taking cue from her foreign travels and financial difficulties.

On the other hand, the program has drawn harsh criticism from Steven Aftergood, expert serving secrecy of government at American Scientists Federation. He stressed on the clumsiness and ignorance related to the training. He even said that the program essentially scrutinizes people for expressing their views, which is in direct confrontation to right to free speech policy.

The program, Insider Threat was initially authorized on October 2011, when Bradley Manning allegedly transferred a number of classified information to Wikileaks, a dedicated website highly appreciated for its anti-secrecy mission. Manning was charged under the program in connection to leakage of several documents related to logs and field reports from Iraq and Afghan wars. He is presently facing a sentence in prison for maximum 90 years.