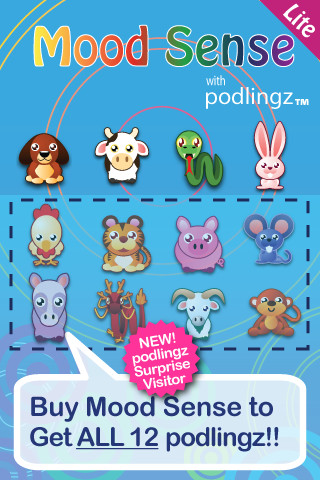 Microsoft Research and Rice University in Texas announced interesting news for smartphone users. According to a reliable source, a well-organized team of the university has developed a new software package for the smartphones. According to the information, this newly developed software named as Mood Sense would be able to predict the mood of the users depending on their handling of the advanced equipment.

Lin Zhong who served as an associate professor of computer and electrical engineering at Rice, considered mood as an important aspect that influences how an individual interacts with others. He opined that it is quite important to measure the mood of the person in order to grow a healthy relationship as well as lead a peaceful life.

However, it is not wrong to call the way intrusive and rude if someone asks others to describe his or her moods in words. It is evident that majority of individual felt little bit obnoxious in order to tell others about their inner feelings. The researchers opined that if the computer can detect the mood automatically, it would become more acceptable among the community.

In order to track how smartphone users spend their time on various activities including websites, email, and phone calls Lin Zhong and Robert Likamwa, a graduate student developed MoodSense. They suggested that the advanced software relied not on the camera or microphone to detect your emotions.

Instead of these, MoodSense asks the users to rate their activity level and their happiness on a scale of 1 to 5. The users have to record this in every couple of hours. In due course Mood Sense would able to collect enough data that would enable it to predict how the users feel based on their recent activities. The researchers were in the opinion that MoodSense would be able to predict mood of an individual with 93% accuracy, after completion of the orientation period.

Zhong hoped that the advanced software package would be able to avoid embarrassed situations in digital conversations. The users would able to know the mood of the person calling them and this would enable them to handle the situation in the best possible way.

According to the source, MoodSense will also generate Application Programming Interface or API that would broadcast moods in the similar method GPS devices broadcast location. The app developers can use API in order to incorporate mood-based programming into their software.

It is worthy to mention over here that a computer science postdoctoral fellow of the University of Alabama-Birmingham, Md. Munirul Haque also developed a software, known as IRENE that he expressed would able to predict mood. The mood prediction software, IRENE used either a webcam or a phone camera to take the snapshot and predict the mood accordingly. He stated that people find it quite easy to fake their moods in the pictures. However, numerous activities done in the smartphone would make it quite impossible to fake mood.

However, researcher Zhong concluded that it is entirely the choice of the developers of smartphone whether they would wish to utilize MoodSense as part of their software package. He hoped that it would be available within two years.