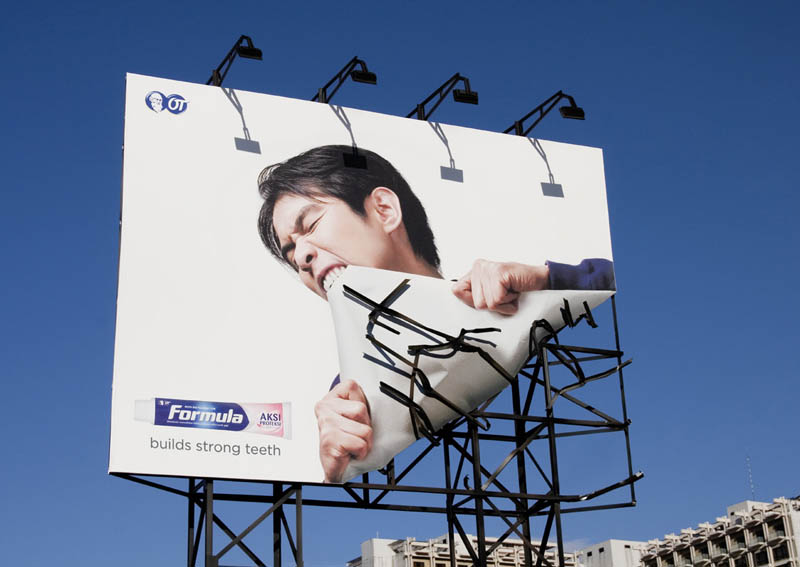 During your morning commute, you’ll see countless billboards and ads. Some grab your attention, others blend into the backdrop.

Some statements are simply meant to be declared for the entire world to see. Obviously anything notorious will grab our interest. Or in the case of billboard’s that are outrageous, they can often make us laugh or see the wry side of someone else’s imagination. Here are just a few creative uses of billboards that have gotten a lot of attention:

A Love Message in the Sky

While most billboards are targeted at a large audience, sometimes the hope is to catch the attention of one lucky individual. In Rochester, New York, one man took out ad space on a roadside billboard along Route 390 with a special proposal note asking his girlfriend of six years to marry him. Once all was in place, he took her out for a late-night drive and feigned car trouble just as they approached their sign and pulled over.

The trick worked, and the pair was soon to be wed. Not wanting to waste a month’s-worth of ad space, the groom-to-be updated the billboard informing passers-by that she said yes–clever thinking!

A Billboard Doubling as a Rain Cloud

In Lima, Peru, creative engineers designed a billboard that actually generates water for the locals. The town persists in the one of the driest regions of South America making it a challenge to keep things hydrated. The billboard contained condensers that extracted water from the humid air and stored it in reserve tanks. All told, the ingenious sign could pull up to 96 liters of water from the air each day, which was then available to locals by way of a spigot at the base of the billboard.

The sign also served to advertise the university and engineers who designed the desert-bound water tap. It was emblazoned with the inspiring message, Imagination in Action, along side the university’s logo.

What Would You Put on a Billboard?

The most important steps involve being innovative, creative and thinking outside the box. For example, a boring topic would benefit greatly with a billboard that makes us laugh; or one that merely suggests the product or purpose in a clever way.

The benefit of good marketing is that is works with you, not against you. You don’t want to be preachy about a sensitive topic, nor do you want to lose the chance to show you can laugh at yourself. But you also want to be clear with your message.

What creative messages can you think of that could use the billboard treatment? That depends on your target audience. Without knowing who your audience is, how can you develop a winning concept? You’ve got to do your homework.

Whatever it is that you’d like to announce, there’s a way to get it displayed. Kubin-Nicholson has long been known as the Printers of the Humongous thanks to their ability design, print, and place images that cover everything from small signs and cars to entire buildings.

W. Craig Smith is a writer from Salt Lake City whose subjects include lifestyle, business, arts and culture.