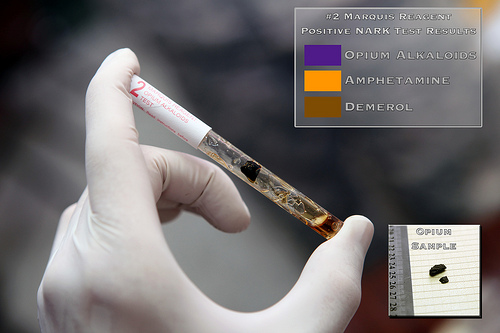 If there are images in this attachment, they will not be displayed. Download the original attachment

You’re old enough to know that you can’t believe everything that you see on TV. What happens when you don’t have inside knowledge about a particular subject? When you see the same things time and again, it’s easy to fall into a pattern of belief that is simply incorrect. Take forensics for example: Do you believe that it’s a glorious job filled with beautiful people who solve crimes in as little as a single day? If so, you aren’t alone. Here’s the truth: According to the Forensic Specialties Accreditation Board, Inc., standards varied widely among the specialties as of 1995. A movement has been underway attempting to restrict and govern standards in order to make the forensic community a more cohesive one.

2.CSIs Are Not Police Officers

Small departments may train their police officers to work as crime scene investigators, but these departments are in the minority. In most law enforcement agencies, CSIs don’t carry guns, wear bullet-proof vests, or make arrests. CSIs are only tasked with the job of collecting, sorting and analyzing evidence; the majority of which they do in house, not in the field.

3.The Lab Does Not Look Like a Space Ship For fans of science fiction shows like Star Trek, crime TV looks familiar. Futuristic technology abounds on shows like “Bones” and “CSI.” The reality is far different in real-life police departments. The average department, in fact, sends their evidence to an outside lab for further processing. If you think that you’re going to get into forensics and work with handheld scanners, computer screens that resemble glass, and fancy computer systems, think again.

4.Evidence Can Be Difficult to Find

Watch any crime show and you’ll see techs pulling fingerprints and DNA from just about every surface they encounter. Clues are hidden, and found, in the deepest recesses of a room and crimes are solved with the smallest nugget of information. In reality, according to Ken Novak, professor at the University of Missouri, that is rarely the case. All but the flattest of surfaces can make fingerprint retrieval difficult, and DNA is much harder to collect than television would have you believe.

5.Paperwork is the Norm Have you ever seen Abby Sciuto writing a report? Do you see Horatio Cane buried under a mountain of paperwork? No. Paperwork isn’t sexy, particularly when done in triplicate, and is rarely seen on television. In reality, there is often more report writing than crime solving when it comes to forensics. If the thought of completing multiple forms on a daily basis is a turn off, you may want to look for a different career.

The world of forensics is filled with beautiful, sexy people working in glamorous labs, solving crimes in less than an hour. If you believe television, that is. The truth is that forensics is a meticulous, methodical job that infrequently, if ever, involves glamour. Don’t believe what you see on TV; you’ll be sorely disappointed when reality smacks you in the face.

John Acker is a writer that is interested in forensic science. If this is a career you would be interested in pursuing find out the forensic pathologist salary and how to earn a criminal justice PHD at bestcriminaljustice.com.