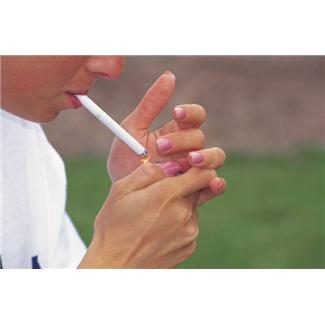 Should smokers foot the bill for some of the nation’s educational costs? Obama seems to think so. In his latest proposal, a tax hike on cigarettes would be passed to fund pre-K education programs. Chances are the hike is going to be met with great opposition from smokers and tobacco companies as a hike was recently passed in 2009. However, the tax hike could be beneficial in two areas.

With the proposed hike, the tax on cigarettes could increase by $0.94 per pack. The increase would go to fund pre-K education programs. It sounds like the perfect solution to not only obtain funds for educational programs, but to help in other areas as well.

Why the Proposed Tax Increase Is Beneficial in Two Ways

Not only would this increase provide the needed funds for pre-K education programs, but it is hoped that it would also discourage people from continuing to smoke. According to The Atlantic, “The Campaign for Tobacco-Free Kids has praised the proposal, and said it could result in 1.7 million fewer kids growing up to be addicted adult smokers, prevent 626,000 premature deaths by reducing the number of youth smokers, and save the nation $42 billion in associated health care costs.”

The Amount of Money That Could Be Raised

It is estimated that the increased tax on cigarettes could result in $78 billion in 10 years. This is a huge amount of money to help provide needed programs to pre-K children, but what happens when the price of cigarettes exceeds the budget of smokers?

Problems With the Tax Increase

Currently, taxpayers spend $1.01 per pack for federal taxes on cigarettes. That doesn’t include the state taxes. The average state tax on cigarettes is roughly 48.5 cents per pack. In some cities, like New York and Chicago, people pay as much as $5.85 per pack in local and state taxes alone. Increasing the tax rate on cigarettes would certainly help cut the amount of smokers, but then how would the programs receive money to continue funding pre-K education?

Cigarettes are something that not only kill those who use them, but those around them. Yet, people continue to use them without concern to others and are willing to pay the sin taxes to feed their addiction when they could instead be investing their money in education, textbooks from Slugbooks, and school supplies directly. Because many smokers are low-income workers, a big tax increase could force them to quit smoking. This would achieve one of the goals of the proposed tax increase, but then the main reason for the increase would suffer. Pre-K education programs would decline or need to find other avenues for funding.