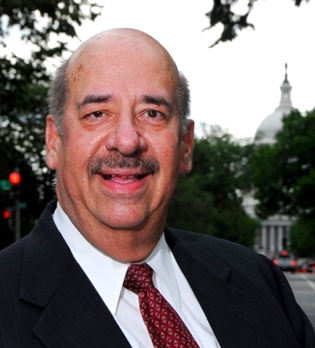 Charles Blackwell was the first Native American to become the dean at the University of New Mexico School of Law, where he earned his own law degree. He was also an effective American Native Ambassador to Washington D.C. Throughout his lifetime, he represented tribal people and his culture of both Chickasaw and Choctaw with great leadership and pride. Over the years, Blackwell made real his vision of tribal leadership and coalition, which is represented in his legacy through the Pushmataha House in D.C.

After graduating from law school, Blackwell took to his roots by working at the American Indian Law Center. During this time he assisted more than 700 Alaskan Natives and American Natives gain entry into law school. While Blackwell could have taken the stance that each person should fight for their own education, he showed his true leadership potential and ability to advocate for others by helping individuals who would otherwise have little-to-no opportunity. This advocacy would carry on throughout Blackwell’s life, as he helped to change the lives of so many Native Americans.

Building Connections Between Tribes and the US Government

Once Blackwell made it to Washington, D.C., he could have very well continued in leadership positions that served his own needs. However, throughout his career, Blackwell made it clear that he was in a position that would benefit those from his tribal communities, as well as those in leadership roles. He made it his life’s mission to clear the pathways for his successors to create avenues of open communication and opportunity. He put the Chickasaw motto of “unconquered and unconquerable” to good use as he made impressive career leaps based on his willingness to work hard and his integrity.

For example, Blackwell was also the director of the Native Affairs and Development Group, which served as the benefactor of the First American Business Center. Those areas that the NADG provided included tribal 8 (A) contracting; agriculture; construction; education; real estate; information technology; and energy with a focus on tribal communities. He worked extensively to create new possibilities for those in American Native tribes to be able to establish a more conductive and opportunistic footing in the US government.

Charles Blackwell may have lived and worked in a far off land in Washington, D.C., but he never lost his passion for his people. He applied the traditional warrior ideals of wisdom, generosity, strength and courage to his everyday life and work efforts. As an individual, Blackwell worked diligently for not only his own self-gain, but for the advancement of American Natives throughout the country. He showed that true leadership is not simply in an effort to succeed as an individual through power, but the ability to apply the power granted through leadership to help others in need.