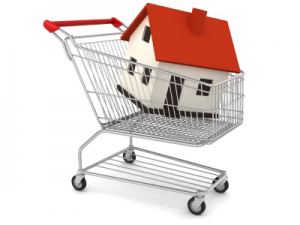 If you listen to recent news reports, the housing market is going back up again. So this would be a perfect time to buy an existing or new home. The question is asked, however which one has the best value? Take a look at our beginners guide to see the results of that question.

When you look at this section, the difference between the existing home and the new home is staggering. You can often make more on a home that has renovations that is older as compared to a newly built home which doesn’t need the renovations. In this area, the existing home is the winner in this particular competition hands down.

Here again, an existing home has a better closing rate than the new home, which usually takes six to nine months to build before it can be closed upon. Loans and mortgages are often closed quicker for an existing home than one that is currently being built, no matter where in the state it is being built. This can also affect the purchase price as well as the timing of the new home purchase.

Now here is where the new home whips the existing home to bits! A new home carries far less bills as far as utilities than an older model home. Most homes that are now being constructed are also a lot more energy efficient than older homes that have not been upgraded. Older or existing homes, unless they have been renovated will have some sort of problem with higher utilities than a new home. Heating and cooling will cost less, while giving you all heat and cooling that you need. The costs of upgrading an older home to code will be very expensive and sometimes simply not affordable, so the new home wins hands down!

For this subject, it is actually a draw between the two.

So there is a lot to think about when it comes to the new versus existing house. One of the things that the homeowner is going to have to think about is features, cost and location, especially if they have a family or need to relocate for work. Careful and prudent planning allows for a decision to be made when looking at existing and new homes. Other things will also play into consideration such as home distance, rental or ownership and many other factors that will come into play here. Also consider the pros and cons of an existing home versus a newly built home and let that information also weighs on your choices. The final determination is the soon to be homeowner and what his or her needs in a home are going to be. Each one will be different so the criteria for selection will not be the same. Even when looking at homes, consider asking what is FEHA? The answer may surprise you!

Charlotte Brontë has spent years researching the real estate market and currently writes on this topic. Included in those topics would be what is FEHA and other items of interest to her readers.