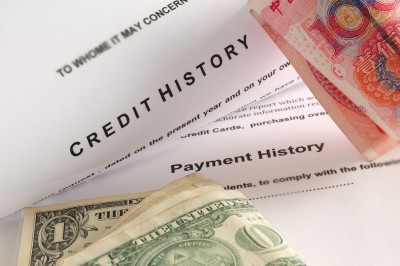 An established, profitable business can use a line of credit to get through the peaks and valleys of short-term cash needs.

Chris Mott has been around tiny things his entire life. His grandmother collected Cracker Jack prizes from the age of eight and his grandfather carved pieces of furniture the size of a child’s finger in the 1930s.

The Motts opened Mott’s Miniatures in Los Angeles, California, in 1949. By the time Chris joined the doll house furniture and accessories retail shop in the late 1980s, it was in Buena Park. More recently it moved to a Fullerton, California, industrial park having moved most of its sales to mail order and the Internet. Mott’s Miniatures experiences wide swings in revenues, depending on the economy and time of year. Chris smoothes that fluctuation with a $50,000 line of credit with a major bank. “I have used it for inventory purchases but mostly for cash flow needs,” Chris says.

A bank line of credit is one of the most common forms of financing used by established companies. Most banks won’t establish such a line until a business has been open two to three years. Some lenders require collateral, such as real estate or accounts receivable or even inventory. Chris doesn’t have to provide any tangible security, but he does have to sign his personal guarantee for the line of credit, even though Mott’s Miniatures is a corporation with more than a half-century of track record.

“Incorporation did nothing for me,” Chris says. “Maybe banks are tougher on retailers, but they never would accept Motts Miniatures as a legal entity without personal guarantees.”

A line of credit gives a business the flexibility to borrow to meet short-term financing needs, such as taking advantage of trade discounts, paying for unexpected expenses, or managing the seasonal ebbs and flows of revenue. Some businesses never tap their line of credit but pay an annual fee for the security of having it “just in case.” Others use it for all sorts of purchases, such as equipment, that would more appropriately be put into some other kind of loan.

“I think it’s important to use credit carefully,” Chris says. “Business owners can go overboard with credit. I only use the line for short-term needs and pay it off as soon as I can. I don’t think of it as a continual loan. When I have positive cash flow, I pay it off.”

If he doesn’t use the line of credit for a while, Chris’s bank sends enticements to use it more frequently. “It’s not interested in the amount of the line of credit; it wants interest payments, which can be a lot.”

Some companies need much larger lines of credit than others, depending on expenses, revenues, age of receivables, and other factors. For example, a business with $ 1 million in sales annually has $2,740 in sales per day. If customers typically pay in 30 days, the business needs an $82,200 line of credit. Actually, the need is a little less because the company does have some profits in that cash flow. However, if more than half the sales come in December, which is not that rare for retailers, the line may need to be larger.

“When you own a small business, you do everything and anything you can to keep it going,” Chris says. “The smaller you are, the more active you are in looking for every way to reduce expenses or wring that extra penny of profit.”

This article is written by Brandon for William Lauder, Professor of Nursing, University of Stirling and Editor-in-Chief Nurse Education Today.