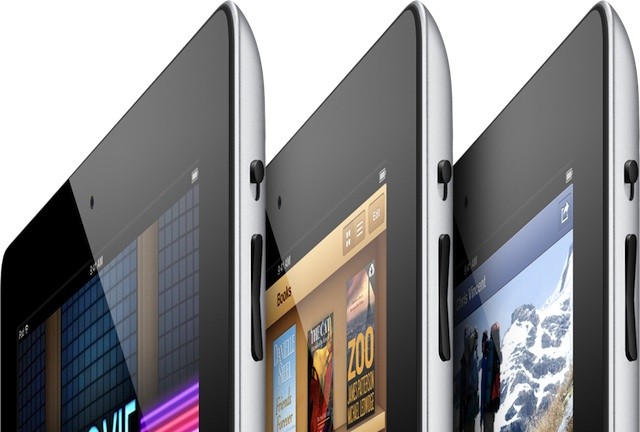 A new iPad from 929 €? Yes, the rumors culminated a few days ago from a mysterious article on the web have turned a few hours ago in an official statement issued by Cupertino. Apple has announced a new iPad with Retina display 128GB, the bigger and more expensive. The big question is that there are so many colorful ipads from Tesco out there so who would want an iOS tablet for almost 1000 €?

As per tradition, the new tablet will be offered in four sauces: white, black, Wi-Fi and 3G which is now called cellular and ofcourse you can make a combination that suits your needs. The price as reported by tech blog is € 799 (Wi-Fi only) and € 929 (Wi-Fi and cellular connectivity) which is just € 100 above the previous 64GB version.

If we exclude the more capacious storage unit the new iPad is in every way identical to the previous models of the fourth generation and of course still has a valid system-on-chip A6X fast and super-optimized for iOS, an enviable Retina display to 2048 × 1536 and an ocean of quality apps.

A price that will be out of reach for many people, but will serve to bridge that gap in the market for Apple as competitors are right in the corner and as known Microsoft will launch Windows 8 for Surface Pro, the first true tablet PC without the limitations of the so far unlucky RT platform.

To put it into simple English will be a bit like comparing apples and oranges, but now Apple can claim to offer a tablet in the same price range of the Surface Pro that is bigger, more defined and with a number of apps unparalleled. There is no doubt that for some people, this may make a difference. And this is why Apple is about to release a new iPad mini with Retina display as seen here.