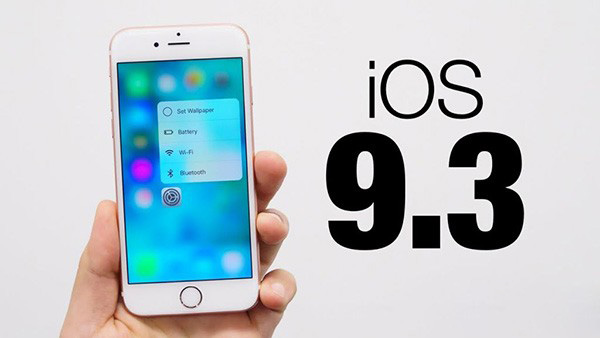 You’ll find lots of fun on Google Play. Now Android phone ready for use and the fun can begin.

Android phones are smart phones, so you can install games and applications from a wide range found in Android’s own marketplace – Google Play (formerly known as the Android Market). In this guide we will look closely at what programs you need and how to provide menus, new look.

Fill your phone with new value and fun

You can read how to install applications on your phone. A quick summary is that you need to create a Google account, then looking up the program you want to install Google Play that you find in the main menu. When you press the install button on the rest of itself, and the program appears in the menu. You can also read about how to create shortcuts to your applications on the desktop area.

If you sit in front of your PC, you can alternatively go to play.google.com, log in with your Google Account and select the program you want to download it. Then the phone told to download it automatically.

What programs should you have?

There is a wide range of programs and the needs and interests have largely defines what programs you download. So we go up the most general examples, which we think most will appreciate.

Tip: If you have paid for an application, you can return it within 15 minutes, and your account will be charged for the purchase. Uninstalling do this under “Settings”, “applications”, “installed applications”. We just have to select the program you want to uninstall and click “Uninstall”.

An antivirus program can be smart to have. This is a free version of AVG.

Do you need antivirus?

You must know how to prevent malicious programs from Google Play, and if you follow the tips here, you avoid the programs that are not what they purport to be.

You should probably still consider installing an antivirus program, although it typically costs a few dollars – often as a subscription solution. Studies show that a large part of the applications on Google’s Play malicious programs. Google has indeed recently done much to weed out unwanted software.

Some puzzling developers out there also make programs without malicious intent, wait until many people have downloaded it and then release updates that make it malicious. Thus, it is not always good enough to just watch what you download from Google Play.

If you often try out new applications on the phone, we think you should consider antivirus. Most known security companies have made anti-virus software for Android, such as AVG, McAfee and Norton. AVG Mobilation and Creative Apps are popular free antivirus programs. Read about the antivirus software that protects your mobile phone best.

To uninstall these programs, you often go to “Settings”, “location and security”, “select unit administrators’ and remove the check mark in front of the application you want to be away before you uninstall the usual way.

There are programs that enhance the security of your phone.

We think it is wise to have a security program that can remotely wipe the contents of your phone if it is stolen, and it can also be nice to get backed up.

There are a number of programs that do both these things, but our favorites are McAfee and Norton Wave Secure Mobile Security, and AVG has something similar in its antivirus software. We have not tried all that exists, so there is nothing wrong with finding your own favorite. Such programs must usually pay a few dollars for, but it is usually offered demo version that works only in a certain period of time or have limited functionality.

PS! To secure your phone from burglars, you should also activate the lock code. To do this, press the menu key, press the “Settings” and select “placement and security.”

Learn more about how to secure your mobile and what you do if you lose it.

Evernote is a useful application in many contexts.

If you do not have this application note, we think you should install it immediately. You can post notes and pictures to remember the stuff that does not find the path to long-term memory skills. The search function is very fast and good. And best of all the notes synced, so you can log in with your PC or other mobile devices and read the same notes.

The name says it all. If you are bothered by telemarketers and other torments, you can install this program and block certain phone number. We have tried many similar programs, but believe Call Filter works best.

Unit Converter is a program that can convert most of the devices.

We have tried many different converters, and believe this is the best program to translate Norwegian kroner Swedish kronor and meters to inches, and miles to nautical mile. Unit Converter places with so many units to choose from and you can also translate teaspoon to ephah or Jeroboam kbibit per second to gibibit per hour and very much more.

To install entertainment applications, it runs mostly on personal taste, but we would recommend TV Guide to check what’s on TV without having to bring up the teletext, laptop or Look & Listen.

Of the games are pretty much good to try out the games or reading tests, but currently we can recommend, among other things, Draw Something, Angry Birds Space and Temple Run.

Most can be edited in an Android phone.

Few things the way you want

In Part 1 you learned to place the icons where you want them on the three, five or seven areas Android desktop phone sets with. Now we will personalize your phone even more.

You can also download new wallpapers from Google Play, or use images you have left on your PC. We’ll look at how to transfer files at the bottom of the article.

You can download ringtones from your own such as MySpace.

To download ringtones by sending a code word to a four-digit phone number is invariably very expensive. Instead, you can use MP3 files you have downloaded from the Internet or that you have imported from CDs.

By starting the program “Music” from the main menu and hold your finger over a song in just over a second, you can choose to set the selected song as a ringtone. Alternatively, you can go into “settings” and select “sound”.

Many bands put out songs for free download on MySpace and if you use Last.FM, you also downloaded a number of songs for free as a service think you’ll like based on what else you are listening to.

If you are downloading software from Google Ringdroid Play or a similar program, you can even cut a MP3 tunes for example, get the chorus to be your ringtone, instead of the ringtone always starts the song began.

This is the GO Launcher – one of the most widely used.

Do you think the main menu is cluttered? Do you miss being able to install new themes that give the menus a refreshed look? Then you need a new launcher.

The most common is perhaps ADWLauncher and GO Launcher, but there are also many others. For both of these you will find a wealth of themes and the main menu will be different. Especially ADWLauncher make a settings menu where you can adjust to most things, so you can tailor menus any way you want them.

A new launcher only takes a minute to install, and you can find them on Google Play. After installing a new launcher, you can choose which launcher to use when you press the home key. Here you can choose to let the phone will remember your choice, and thus is the new launch is activated by default.

Other types of analog watches can brighten up any phone.

Widgets are small programs that are in the background image on each desktop area. New widgets can be found on Google Play, and you can for example download a new watch, new weather and many other programs that are both useful and entertaining while they often dress up the phone.

When Android phone now is a complete different than it was when you bought it, you have succeeded in making it your personal phone.

Later in the Android school we will look at rooting, which provides many more opportunities because you remove all barriers to your phone and processor control and over clocking, which makes your phone more quickly and can help you save energy. Stay tuned!