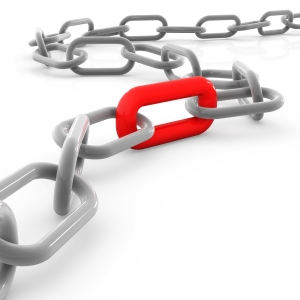 According to majority of experts, internet marketing, taking birth in late 1990s, well over a decade old by now, has grown tremendously over the period of time. Of all other things associated with it, there is one thing no one might be able to deny at all, i.e. constant changes that occur through it, seemingly at the speed of light! You better not to take it as exaggeration, because relevant statistics suggest it to be very much true in its own scope.

Talking of changes in internet marketing, Google had always been at the forefront of initiating such changes that raise quite a stir in virtual world without any bit of exaggeration. One such recent change that seems to have already implemented by Google, pertains to strictly discourage people relying on “artificial links” or “unnatural links” in fostering their PageRank “unethically”.

It’s like one of the open secret of online marketing industry that a huge number of people associated with it are greatly inclined towards the assistance of link building services and despite Google’s relatively softer pleas (and quite a lot of them) earlier, seldom did anybody heed to them. However, this time around, Google comes forward with stick in their hand rather than a carrot in serving to discourage people from continually doing so. Blog networks appear to be one of the most severely affected entities this time and “BuildMYRank” is exposed to worst case scenario (on the verge of shutting down by now).

Coincidence or a Plan of Action

Google, true to its legacy of doing things without being much expressive about them; leaves optimists deeming it as a coincidence that Google highlighted probabilities of de-indexing web hosting services involved in unethical SEO practices back in the month of March. However, those who like to take things more factually, see this as the next logical outcome of Google’s earlier warnings trying hard to discourage masses from gravitating towards unnatural or artificial link building practices. Such proceedings seem highly relevant when seen in a much broader prospective from Google, of improving users’ online experience, as also evident from Google Panda’s updates that vow to eradicate low quality content from web. It is better to see this latest development as Google’s bid to go a step ahead and sniff out any gains obtained from unnatural backlinks.

With a growing concern among those who have resorted to unfair employment of backlinks with intention of playing Google in getting artificial boost in their SERPs; increased whispering (more like rumors) is being heard according to which Google has proposed to keep things easier for those who are willing to give up the names internet marketing services behind the accumulation of unnatural looking backlinks in boosting their organic search rankings.

Rather than creating a fuss out of every little (or bigger!) thing that Google does; one needs to realize that it is masses who first raise their concerns about an issue hampering in enhancing their online experience in any regard and Google only seems to implement actions in order to cope with issues that bother masses. What about you? Are you going to see it as a threat to millions of people relying on backlinks for online promotional purposes or are you among the ones who see such measures as a means to enhance users’ online experience anyhow?