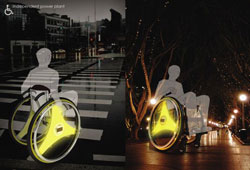 One of the advantages of living in the modern world is that there’s a variety of high-tech gadgets available. In addition to devices that are purely amusing or frivolous, there is actually a wide range of gadgets being developed to enrich the lives of disabled individuals. These gadgets meet real needs and are becoming more common every year.

1. Bionic Legs: Although they look like they belong in a sci-fi film, new technology is allowing paraplegics to get another chance at walking. The contraption looks like a full leg brace, but it’s powered to propel users forward at a controlled rate.

2. Hand-Controlled Vehicles: The days when a wheelchair-bound person relied on others to get around are over, thanks to accessible vans that can be driven with hand controls. Everything from the hand-crank steering wheel to the gas and brake controls is literally at your fingertips when your chair is locked into the driver’s position.

3. Sip and Puff Controls: People with no use of their hands can actually use their breath to control technological devices. These control systems allow the user to interact with a screen by sucking air up through a tube or blowing out through the tube. Devices they can control in this way include wheelchairs, computers, light switches and other items.

4. Voting Machines: Polling centers are being equipped with increasingly high-tech voting machines to allow voters with disabilities the freedom to cast their votes independently. Technological innovations include audio menus, sip and puff controls for people with limited mobility and enlarged text to help the visually impaired.

5. Speech-to-Text: The deaf have a language barrier that technology is beginning to breach with sophisticated applications that turn speech into text. For example, there are telephone relay services that allow a hearing person to speak, transcribe it into text for the deaf person to see, and do the reverse operation to communicate back with the hearing person.

6. Brainwave Control Interfaces: Imagine if you could just think and have items react to your brain waves. This technology is becoming increasingly mainstream, and as even been released in a game designed for kids to guide a ball through an obstacle course using brain waves. For individuals with limited or no motor control, this is an increasingly available way to communicate and interact with environments.

7. Speech Commands on Phones: Many cell phones are equipped with sophisticated voice recognition software to allow users to control their phones without using their hands. This software is great for people with physical or visual disabilities who either can’t press buttons on the screen or can’t see which buttons to press. 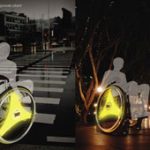 8. Eye Tracking Technology: People who can’t move anything but their eyes can actually control computers with the use of eye tracking technology. A small camera tracks where the person is looking and responds to that action. For example, someone can open a folder on the desktop of a computer just by looking at it. This technology is becoming less expensive and more accessible.

9. Learning Games for Children: Kids with disabilities often have a hard time focusing on schoolwork or learning with traditional classroom methods. But there are a wide range of games available now that make it easy for kids to interact with classroom material on a screen instead of in books. These types of technology help kids with learning disabilities keep up with their peers and learn the skills they need to succeed.

10. Remote Controls for Everything: Those with disabilities related to mobility often have trouble reaching things in their home that they want to interact with. But technology has made universal remote controls possible. These universal remotes really are programmed to do everything, from turning lights and fans on and off to setting the oven.

In future years, we are sure to see even more gadgets that improve what people with disabilities can do on their own. These gadgets provide increasing amounts of independence that transform the lives of the people who use them. It’s quite likely that people with disabilities will even be given opportunities to turn their ideas about what they’d like to be able to do into technological innovations to transform whole communities.