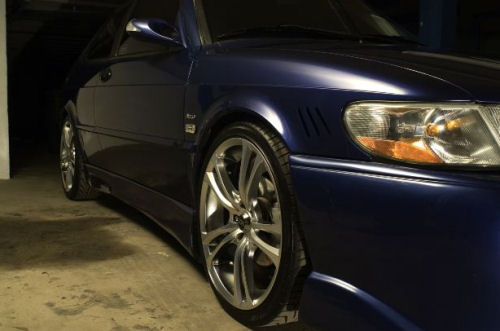 Cars have changed significantly over the years, going from such vehicles as the Model T Ford of the 1920s to the high-powered vehicles of today. While most modern vehicles offer many terrific amenities, many people choose to add various gadgets to their cars such as heated seats, fancy stereo systems and cup warmers. There are many cool gadgets people can add to their cars and the following devices are some of the most popular.

Precrash Systems:
Precrash systems are somewhat new safety features that alert drivers in the case of any possible accidents. When these systems detect a possible accident, they will automatically do such things as break or slow down the car, turn on the hazard lights, adjust the seats and roll up the windows. These are terrific gadgets to have, as most of them can react to dangers much faster than people can. Some of these systems can even wake drivers up if they begin to fall asleep while driving.

Smart Phone and Tablet Apps:
Some extremely useful gadgets to add to your car are various smart phone and tablet apps that allow people to do such things as check how much gas is in their car, lock and unlock their car, and open or close their garage doors. Some of these apps can even turn the car on and change the temperature in the car. No longer will people have to search their purse or pockets for their keys late at night, if they have one of these fantastic apps.

Blind Spot Detection Systems:
Blind spot detection systems are extremely useful in that they are able to see the blind spots of a vehicle by using electromagnetic waves. These system’s sensors are often placed in such areas of a car as side view mirrors and bumpers. They can see about 60 feet on both sides of the vehicle, helping drivers become aware of cross traffic while they are backing up. The system can also alert people if there is a vehicle coming up in one of their blind spots. Thus, they know not to switch lanes.

HD Radio:
HD radio is perhaps one of the most popular gadgets for vehicles today. This high-tech digital radio system has no monthly subscription fees, as the costs are all included with the system. There is also no static with HD radio, and there are many more stations for people to choose among than there are with traditional radio systems.

PathFindIR Systems:
While these gadgets can be a bit expensive, they are highly useful, especially for those people who live in areas prone to inclement weather. This device allows drivers to see people or animals in the dark as much as 2,000 feet away. It also allows drivers to see through rain or snow at the same distance. The military has tested this device, and it has proven to be an excellent safety gadget.

The Koolatron Compact Cooler:
The Koolatron Compact Cooler is a refrigerator for your car. This gadget is great for people who do a lot of traveling or spend a lot of time in their cars. It can fit into tight places such as behind or between seats, and it will keep food and drinks cool by simply plugging it into the car’s cigarette lighter. This is a must-have for anybody who is planning a trip or who spends a great deal of their work day in their car.

In conclusion, while many of today’s vehicles offer several terrific amenities, there are many wonderful gadgets that people can add to their cars. Some of the safety gadgets may even lower your car insurance! From Precrash and blind spot detection systems to HD radios and compact coolers, there are many gadgets that can make driving much more comfortable and enjoyable.

Sandy Landsford is an financial consultant and blogger for carinsurance.org.uk, a website offering cheap quotes for car insurance.