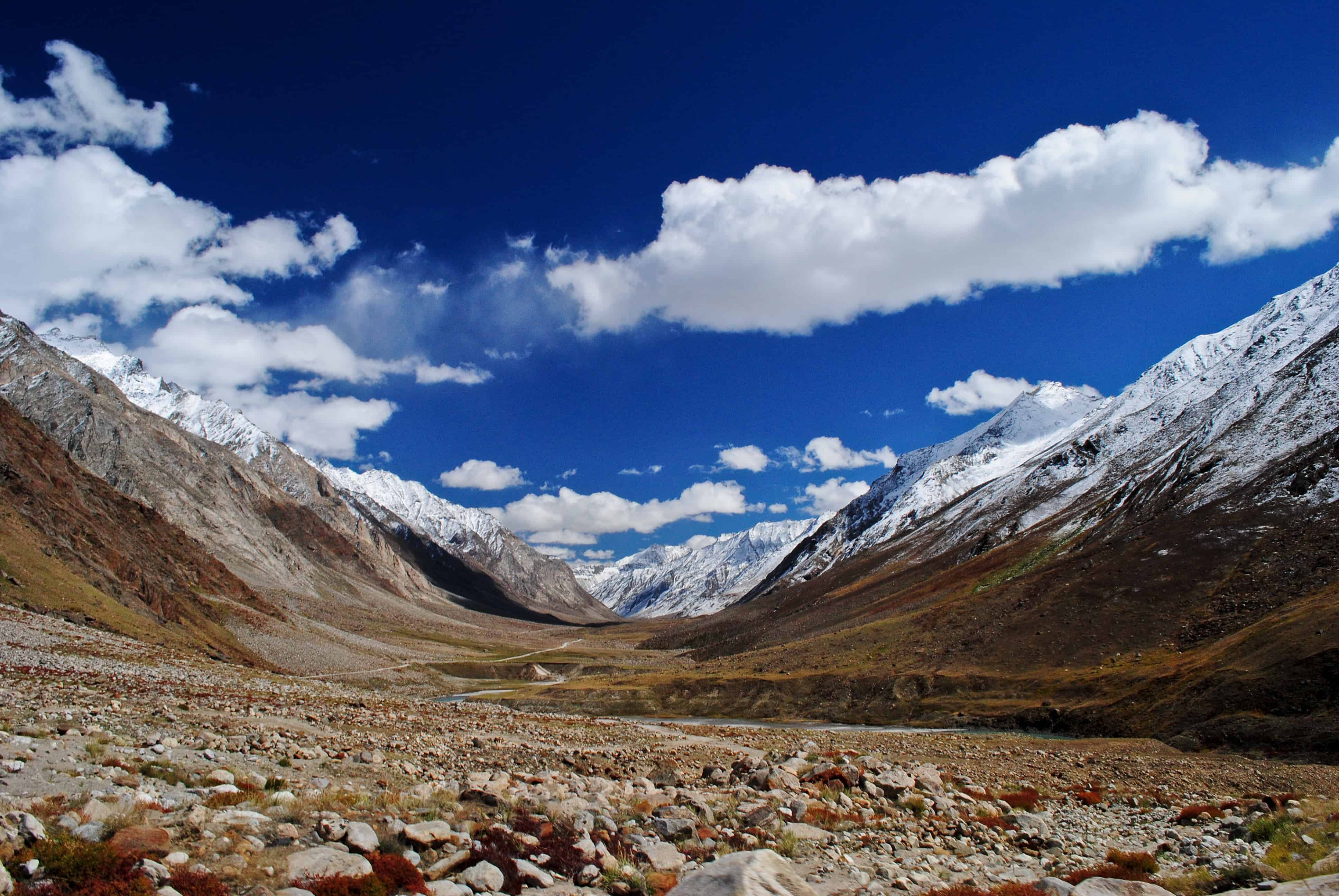 Leh is the capital of the Indian district Ladkah in the state of Jammu and Kashmir. This place has a bounty of natural beauty which cannot be expressed in words. It has a lot of places to experience each giving joy of its own.

Leh is an important place for stoppage while exporting and importing goods. It has Indus valley, Tibet on its east and Kashmir on it west along with other Chinese and Indian places. It was first ruled by Tibetan people although there are indications that it was ruled by Chinese people with no clear information on this subject. Later when Kashmir came under Mughal dynasty they evacuated the Tibetan people which were temporary as they returned later. The Nawab of Kashmir during that time has built many monuments showcasing Islamic beauty.

TOP PLACES TO VISIT IN LADAKH

1)ZANSKAR VALLEY:- The Zanskar valley is the most popular and a must place to visit in Leh Ladakh. The name ‘Zanskar’ comes from the Zanskar river. The beautiful Zanskar river flows in between the steep hills covered with snow. On moderate temperatures, river rafting is allowed on this river.

BEST TIME TO VISIT:-between June and September. At high rainfall or snowfall, this area remains closed for the public.

2)KARGIL:- This is the second largest place of Leh located on the banks of river Indus. All nation lovers and travel enthusiasts visit this place. This place drives a sense of devotion to our country. Adventure lovers can also do trekking and mountaineering to get the hills.

BEST TIME TO VISIT:- during the months of May and July as the temperature is cool.

3)NUBRA VALLEY:- This is among the top 5 tourist attractions of Ladakh. Most of the people visit here to observe the sand dunes on the valleys along with rides on camels which give Dubai or Arabian nights feels.

BEST TIME TO VISIT:- as per climatic conditions and to avoid sand storms the best time to visit is between July and September.

4)SPITUK GOMPA:- This place has religious significance in Leh Ladakh. This is a beautiful monastery built on top of a hill with exquisite bright colors.

BEST TIME TO VISIT:- it is open all throughout the year. Although the place gets freezing colds at night is situated on a hilltop so make sure to pack some warm clothes.

5)MAGNETIC HILL:- This place is visited mostly by people which gives a lot of recreation. The selling feature of this place is that if you leave your vehicle with brakes unlocked then it slowly starts moving uphill on itself. This gives the name the magnetic hill.

BEST PLACE to VISIT:- This place is open throughout the year.

6)ROYAL LEH PALACE:- This palace is located on the top of a cliff giving an overview of Leh. It has Patola essence about it along with a statue of Buddha which adds more charm. This place rich in history cannot be missed by any explorer.

BEST TIME TO VISIT:- The best time to visit is between July to September.

7)CHADAR TREK:- This is the most popular place for trekking. The name chadar means blanket and it is called so because the Zanskar river solidifies to ice which makes it look like chadar. The light blue color of the river covered with snow changes to yellow when sunlight falls on it.

BEST TIME TO VISIT:- Between January and February when the river solidifies.

8)TSO MORIRI LAKE:- For travelers who like solace and peace this is the best option. This lesser-known beauty this place has snow-capped mountains in the background along with  Moriri Tso lake in the front making it jaw-dropping spectacular.

BEST TIME TO VISIT -May to August.

9)MORELAND:- This is another less known unseen places of Ladakh. It has a close resemblance to the moon looking like crates which are great for adventure lovers.

BEST TIME TO VISIT:-April and may as traveling might be difficult during fall or winter.

10)HEMIS NATIONAL PARK:- This national park which is a home for many endangered animal like Tibetan wolf, Asian fox and many more has the distinction for being the largest national park in South Asia. For nature lovers and tourists who want a noise-free pollution free environment with sightseeing experience, this is the best place in Ladakh.

BEST TIME TO VISIT: – May to September

Apart from this, there are several monasteries and other interesting places like Khardung-La pass, Shanti Stupa, Hemis monastery, Pangong Tso lake, Diskit monastery, Thiski Gompa and many more.