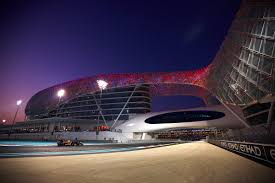 So, it finally comes down to this the last race of the season at the Yas Marina Abu Dhabi. It’s where the party starts at the end of term feel of the championship’s last race carries on. That party mood is tempered if the title for the drivers or the constructors is still to be decided but this year 2018 it’s all done with Lewis Hamilton clinching the title at Mexico and the Constructors being won by Mercedes at Brazil. That doesn’t mean there won’t be any action and excitement. There are a few unanswered questions from the season to address and a few things to look out for. You’d get a much better view if you join Abu Dhabi F1 Paddock Club and the best place to start is to have a look at https://edgeglobalevents.com/f1-paddock-club/f1-paddock-club-abu-dhabi. Here’s a quick breakdown of the highlights.

Along with all the best of the rest competitions to settle it is looking like a great end of the season race.