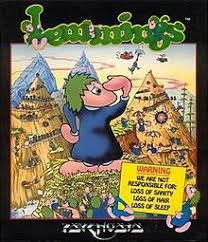 A favourite computer game of mine growing up was Lemmings. The multi-platform style game with the aim of helping all of your lemmings to reach the door and get home whilst avoiding numerous deathly drops and other disastrous hazards. But little did I know when spending hours shouting at the little people for walking in the wrong direction and voluntarily plunging themselves to their doom that the lemming is in actual fact a real creature!

Lemmings are small mice like creatures that live in the Arctic area of the world. They are only around 18 centimetres long and weigh as little as 34 grams. They have long black and brown fur that helps to keep them warm in the colder climate and as herbivores, they feed on moss, grass, berries, shoots and other plant material that they can find foraging through the snow.

Even though they live in an extremely cold climate these furry little creatures do not hibernate during the winter. They are active all year round and live in tunnels that they burrow in the ground below the snow that helps to keep them warm in the colder seasons and evenings and also protects them from predators. I am glad that I don’t have to burrow beneath the snowy ground in a bid to keep myself warm in the winter. I just flick the switch on my heating system that I have looked at each year and any issues sorted out by Gloucester Boiler Repair company. Although I would quite happily cuddle up to the little lemmings for shared warmth. Anyway, back to the lemmings, they create different areas in the tunnels for the toilet areas and sleeping quarters and make these nice and cosy with bits of grass and feathers that they find. In the summertime and the warmer months, they leave their underground tunnels and move into the mountain areas or forests. 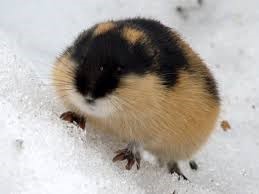