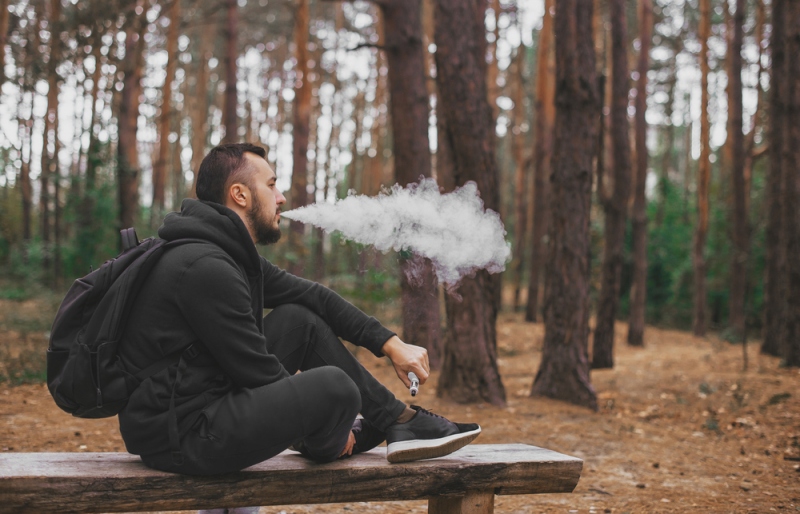 As the risks of cigarette smoking and second-hand smoke continue to emerge, people who smoke find it more difficult to find places that will allow them to indulge in their habit. Not too long, ago before the health risks threats became real, there were commercials promoting the product and nearly everywhere you went including dinner and a movie, smoking was acceptable. Today, people still smoke cigarettes but now many more are turning to electronic cigarettes as a way to satisfy their habit with little or no restrictions.

It’s important to note that e-cigarettes come in many different flavors and strengths that can satisfy just about anyone’s taste. These E-liquid flavorings come in the tried and trusted familiar flavors to the exotic, trending today packs. The large supply of fruit combinations to potent tobacco flavors are also sought after by vape enthusiasts.

It’s no secret that smoking and exposure to second-hand smoke can lead to many different types of cancer, premature birth and birth defects, bronchial and respiratory issues, heart disease and COPD (chronic obstructive pulmonary disease). For these reasons, most public establishments and the workplace have enforced a “No Smoking” policy. Many others have established restricted areas for the sole purpose of smoking or a distance that people must remain away from the front of things like hospitals, shopping centers and parks.  This can become quite frustrating for someone who has not yet kicked the habit and needs to light up to satisfy a fierce craving. Even placing a cigarette on the ground is now offensive. Because of this people are now creative and have little handy gadgets that they carry like a portable ashtray to properly dispose of the waste.

Vaping As An Alternative To Smoking Cigarettes

With more people concerned about the inconvenience as well as the health risks of cigarettes, many people are now exploring other possibilities like e-cigarettes. Unlike real cigarettes that produce a chemical-filled smoke, most e-cigarettes are available in a wide range of flavors and strengths, filling the localized environment with a pleasant odor. They are portable, so they are easy to transport and are generally not banned from parks, the beach, and most other outdoor areas.

Differences Between Cigarettes and Vaping

Cigarettes contain 4,000 plus chemicals, of which 40 plus can play a role in the possibility of developing cancer. Additionally, there are also 400 toxins as well. By comparison, there are a little over 40 known chemicals in E-cigarettes.  While they both contain nicotine to satisfy your craving, E-cigarettes do not have tar. E-cigarettes will also not leave behind the foul odor on your fingers from holding the cigarette. While some people find any type of smoke offensive, more people find the vapor odor more tolerable, making it something that you can do around others who don’t smoke. While it’s fair to state that there is an insufficient amount of research to date to determine the long-term effects of vaping, they do contain fewer chemicals and lower amounts of some of the known carcinogens versus cigarettes.

As businesses and non-smokers continue to make it difficult for smokers to light up just about anywhere, even their own home, more are turning to vaping as a way to satisfy their need for nicotine and slowly wean them off the cigarette habit.