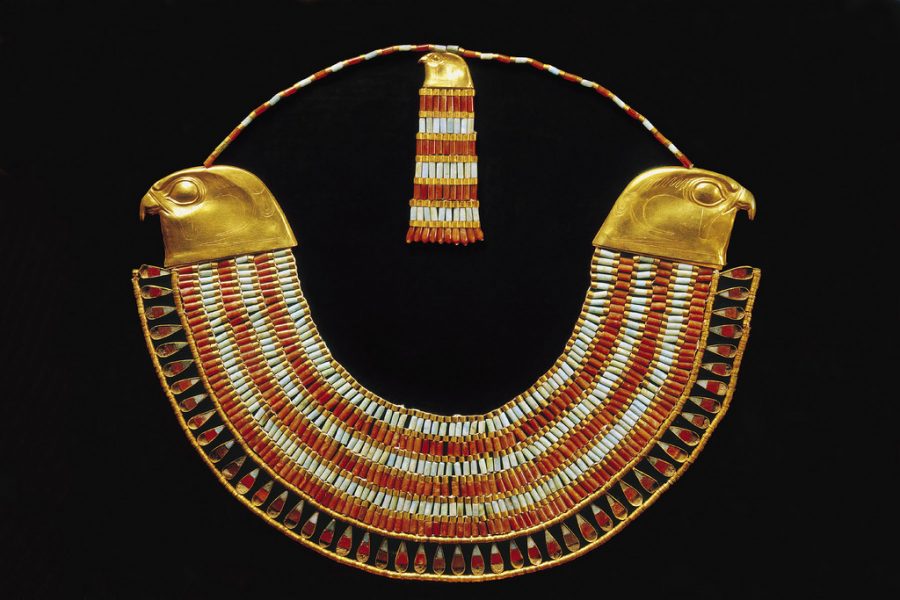 Jewelry has always served as a condiment with whatever one wears, though in the present times it is the female folk who are more into the concept of jewelry, yet the primitive times also saw the men folk maintaining equilibrium with the women in wearing jewelry. Any ancient civilization has witnessed men and women both being avid users of jewelry. Sadigh Gallery bears witness to this fact by making a collection of exclusive ancient jewelry and other artifacts from Egypt and many other places all over the world, with full authenticity.

It has always been seen that any object of adornment is made by the material that is readily made, and so has been the case with jewelry as well. Right from the stone age this has been the scenario, both men and women wore jewelry made from stones, gradually with the passage of time seeds, berries, teeth, bones, shells, etc also came to be used in the process of making jewelry of all sorts.

The collection of the Sadigh Gallery is an assortment of jewelry from numerous types of civilizations, cultures and ages; beginning from the Classical Greek, to the Byzantine, to the African and of course the Egyptian. They also have unique pieces of Biblical Holy Land artifacts, Asian and Middle Eastern artifacts, and even the Pre-Historic artifacts.

The Egyptian jewelry of the primitive times attracts a lot of attention from people all over the globe, because of the use of fossilized shells as beads for necklaces that have been excavated in about 3,000 BC, in someplace in Moravia. Among the more olden types of jewelry were those that made the use of gemstones such as turquoise and amethyst.

The Egyptian jewelry craftsmen imported lapis lazuli from the only source of this gemstone Afghanistan.  The Romans were in no way behind the Egyptians when it came to jewelry making, they too imported materials for making myriad types of jewelry, and mined agate in Germany. As a matter of fact, a very flourishing business of gems and jewelry is still prevalent in Idar- Oberstein.

India too, is considered to be one of the wealthiest in terms of the rich cultural history and heritage of gemstones and spectacular jewelry of the kings and ‘maharajas’, as they call it. The variety of gemstones is marvelous in India and along with Myanmar and Pakistan they have proved to be the best producers of diamonds, rubies, sapphires, and spinels for the past innumerable centuries. Sources of history reveal that in India the diamonds were a great source of revenue for the country at some point in history.

Jewelry has been a source of attraction not just for women but for women as well ever since there was autocracy, these pieces of embellishment were used as tokens of appreciation as well by the kings and queens. History tells that irrespective of the civilization and global position of a place, jewelry always made everyone happy and content.