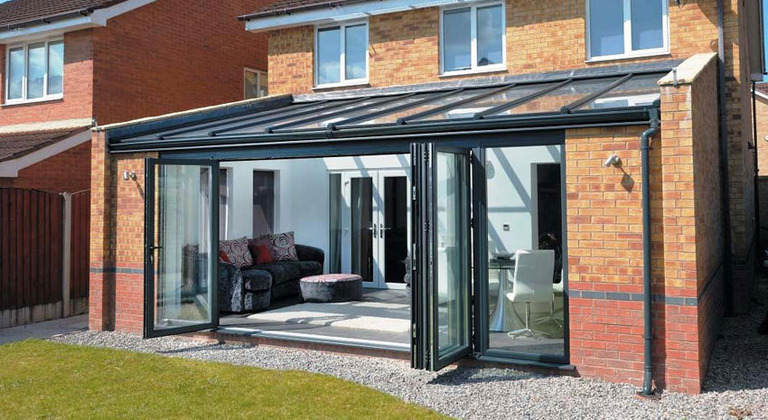 Picking out new doors for your property can be a drawn out, stressful process – with so many options now on the market it’s hard to decide on what would be best for you and your family.

Perhaps the two most popular choices among homeowners, however, are bi-folding and sliding units.

These each have their own benefits and drawbacks, yet also offer some of the same things. Both, for example, boast an impressive opening, thus allowing users to enjoy either their garden or outdoor surroundings.

To shed a bit more light on which would be most suitable for your property, we’re today outlining some of their key features.

You can view our thoughts below:

Bi-folding doors come out on top when it comes to this category. Offering up to 90% of an opening, these give owners complete access to the outdoors. As well as really ‘bringing the outside in’, they also allow for interiors to be filled with natural light and sunshine.

Sliding doors, on the other hand, only offer an opening of around 65% to 75%. Despite this being significantly more than patio doors, it is also considerably less than in bi-folding models.

Bi-folding doors may be easier to continually open and close, but they are slightly more intrusive than sliding doors. This is because they open inwards rather than rolling into place along the hinges – something that may be an issue if you are short of space.

Sliding doors open perfectly in line, meaning that there is no protrusion whatsoever. Due to this they work very well with blinds and curtains, and are likely not to disrupt with the operation of either.

Bi-folding doors are ideal for smaller frames, with less than a two metre opening.

Sliding doors, conversely, have particularly large panes, therefore require a bigger frame to be installed into. This has in some cases prevented them from being fitted altogether, so it’s best to enquire about the situation beforehand rather than being disappointed.

The prices of bi-folding and sliding doors can vary, but largely stay very similar. Because of this, the decision between both is really just a matter of personal preference.

We hope that the above information has been of some use, and can aid your future decision (should you be interested in purchasing bi-folding or sliding doors).

One other vital aspect to consider is its material.

Though timber and uPVC are common options, we believe that aluminium is the best all-round choice in terms of durability, appearance, and most importantly, security.

As well as not cracking, splitting or warping over time, this can be specifically made in a variety of designs, and has a very strong thermal performance. This helps to keep homeowners warm in the winter and cooler in the summer, along with it saving them money on bills – if their property is already at optimum temperature then they’re less likely to have to turn the air conditioning on.

Leading industry designers, manufacturers and installers such as Clear View use the metal in most of their window and door products.