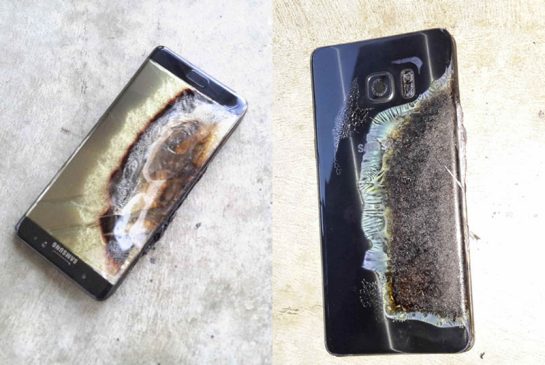 The news has been full of stories recently about the widespread recall of Samsung Galaxy Note 7 smartphones. This recall has been prompted by fears that the phone is susceptible to overheating and catching fire. There are several reported cases of people receiving burns to their legs after similar incidents.

The recall has been put into effect so that Samsung can work out why a minority of their Note 7 phones are experiencing this alarming problem. Samsung will be looking to make sure that future editions of their smartphones don’t experience the same problem. The company does not plan on repairing or refurbishing any of the phones that it receives as part of the recall. Instead, phones will be destroyed. Note 7 customers should unlock a cell phone in order to use the same contract on their replacement phone.

When Did Problems Start Occurring?

People have been reporting the problem of fires since the phone was released earlier in the year. Such problems are rare because phone companies know that they must put their products through rigorous testing before they are released to the marketplace. The problems have gained widespread media attention, as more and more people report the same issue.

How Is Samsung Assisting People With The Recall?

Samsung has put several measures in place to assist people with the recall of the Galaxy Note 7. These measures are designed to make sure that customers can return their phones safely in a way which minimises risks.

Customers are receiving fireproof boxes which are designed to transport the phones and to deal with any potential fires whilst the phones are in transit. Customers are also receiving clear instructions that they should not attempt to carry this type of phone onto a plane before they attempt to send it back to the manufacturer. A fire onboard an aircraft caused by a malfunctioning phone could put hundreds of lives at risk.

People are being advised to make sure that they do not delay sending their phone back to the manufacturer.

Consumers are naturally eager to have their recalled phones either refunded or replaced completely. Currently, people who bought the Galaxy Note 7 are entitled to a choice between switching to a different model, or getting a full refund. This strategy has enabled people to go out and buy new phones.

What Next For Samsung?

Samsung will naturally be hoping that this is the last time they will have to put out a recall of this magnitude. The company has reported an estimated 32% drop in its third-quarter profits after what has happened with the Galaxy Note 7. Samsung will be looking ahead to next year in order to revive its fortunes. Consumers will have less confidence in the company after this episode, which could play into the hands of Samsung’s main competitor in the smartphone market, Apple.

Use this guide to learn more about the Samsung Galaxy Note 7 recall. Anyone who has been affected by this recall should use the information in this article to make sure that they stay safe and receive compensation.