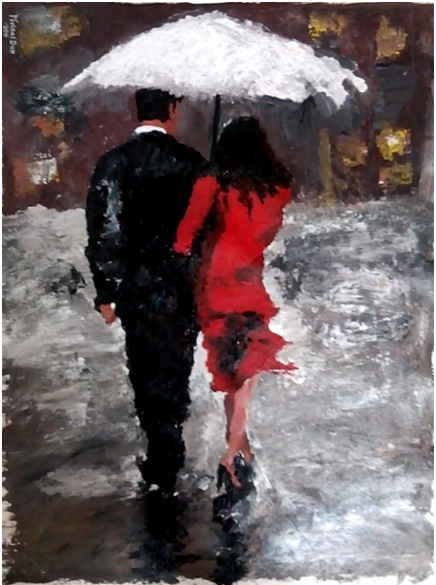 As an art admirer and collector, a question that puzzles me and many of us is what is Modern Art? Why all the distortions and abstractions revolve against tradition? How did paintings get from Cubism to Pop? Where it is going next? Some of us might say modern paintings are wild, way out, and insane; however, that is not the actual case. In reality, there are methods and meanings of this apparent madness. Picasso was not revolutionary when he painted modern paintings; he was influenced by the great 19th century French master Paul Cezanne.Cezanne is considered as the father of modern art. Picasso and Henri Matisse, two of the great modern art painters that the world has ever seen, said “Cezanne is the father of us all.” In a way, they were paying tribute to the man with whom modern paintings began.

Of course Cezanne was not engaged in this undertaking alone, his onetime companions, the Impressionists, have already taken the formidable step in the same direction. They left the darkness of their studios and left out to paint the Paris of the late 19th century and the surrounding countryside. It is important to remember that the early modern artists grew up in horse and buggy days, before the first motor car, before the first colored production. Photography influenced the artists to seek new ways to interpret reality. Cezanne is only one of the fathers of modern art. Modern art has as many fathers as there are painters. Vincent van Gogh is another father of modern art and so are others.

After the Renaissance, paintings were like a window opened on an imaginary world. The perspective was the way in which artists opened up the world beyond. The fictitious, deep space of the paintings, the space beyond belonged to the subject. On the other hand, surface was the realm upon which the artist rules supreme. As witnessed in his paintings, Cezanne made his brushstrokes visible and closed up the perspective. The gateways to modern art were Picasso and Matisse. In fact, it was Picasso who said that the two of them that people have to call them South Pole and North Pole. In a way, this statement by the master was summarizing the different forces that were there at the beginning of beautiful modern paintings. While Picasso was an expert of forms and structures, Matisse was extra ordinary with colors. The paintings of Matisse spoke more and more straightforwardly. These great artists justified the remark of French poet Baudelaire, “Genius is nothing more nor less than childhood recaptured at will – achildhood now equipped for self-expression.”

According to Matisse, “The challenge of the artist is to have the ability to penetrate that flood of readymade images which are to the eye like prejudices are to the mind, in order to discover and give form to his inner most feelings.” He earlier wrote, “What I dream of is an art of balance, purity and serenity devoid of troubling or depressing subject matter – a soothing calming influence on the mind, rather like a good armchair which provides relaxation from physical fatigue.” Matisse never abandoned the radical freedom of forms and colors that his early critics had denied as Fauv or wild beast.

After Matisse’s Fauvism, the next giant steps were taken by another French man, Georges Braque, accompanied by his very close friend, a Spaniard named Picasso. Together, they became co-founders of the most influential movement of the art world. The movement was first named and ridiculed by art critics as Cubism. In seeking to show all aspects of an object at once, Cubism broke up volumes into a multitude of flat facets; the painting was now a surface. Cubism was a rational movement; Marc Chagall reintroduced the irrational. During the days of Chagall, people were not supposed to talk aloud about their dreams. Chagall made his dream acceptable by fitting them in the cubist dress. It is said that only the test of time can judge a work of art. The artworks of these great artists have survived the test of time and hence do not require anyone else’s opinion. Cubism completed the revolution began by Cezanne; it gave the art world, what was later collectively termed as Modern Art.