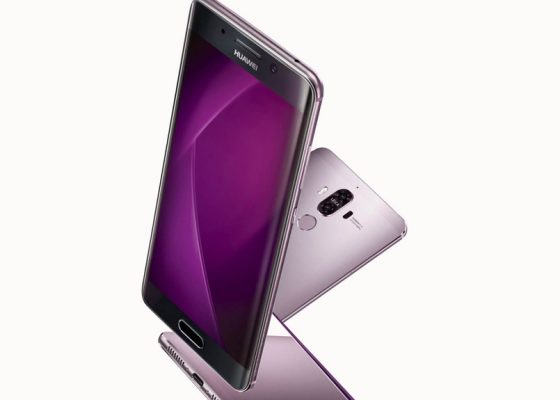 Chinese tech giant Huawei is busy with working on Huawei Mate 9. High-end design phablet and a strong competitor to the Galaxy Note 7 and iPhone 7 Plus. Huawei Mate 9 Pro will be the dual-edge version, And it features a Dual camera Setup. Comes with the powerful processor. Huawei Mate 9 is also reported to feature a 5.9 or 6-inch display.

Well-designed Smartphone, positioned in the high-end design segment, a dual-edge curved display. It has designed with fingerprint sensor and a dual-camera setup with dual-LED flash including  a laser autofocus module. It will be available in a rose gold, or pink, colors. Smartphone features a 5.9 inch QHD display.

As every year, Huawei will benefit from the release of its high-end design PHABLET to inaugurate its next processor, the Kirin 960 consists four core ARM Cortex A73 and four cores Cortex A53, 30% more powerful than the A72 used in the processor Mate 8. Including Mali-G71 MP8 promises graphics performance 180% higher than the Kirin 950.  In addition, the company  planned to release  variants with 4-6 GB of RAM and 64 to 256 GB of storage. With 6GB of RAM on board, Better support for multitasking.

Like the Company previous models Huawei P9 and P9 plus, the Huawei Mate 9 will be equipped with dual co-developed image sensor with the manufacturer of Leica cameras. However, the concept seems to have been improved. previous models offer a dual camera with 2 x 12 megapixels, the Mate 9 will  feature a 20MP Dual rear cameras with Leica SUMMARIT lenses. It is not yet known how this sensor will work, but it is rumored that both lenses offer different focal lengths to allow simulate optical zoom.

Like the Galaxy Note 7, the Huawei Mate 9 is likely to be equipped with an iris scanner. A technology, one of the sounding for high-end design smartphone. with this application user can easily unlock the smartphone (pattern, password, PIN), the fingerprint reader and iris scan remains the safest method.

Powered by the 4100 mAh battery and strong power than Huawei Mate 8. In addition, the new model is expected to feature a new charging “super” fast technology. enough juice to last a day or two. According to the latest rumors 5 minutes battery charging will suffice to the 50% of smartphone usage, relatively exceptional. For comparison, the Quick Charge 3.0 technology, Qualcomm  35 minutes to charge 80% of an average battery and it is already quite exceptional. Smartphone runs on Android 7.0 (Nougat) based with the Company Emotion UI