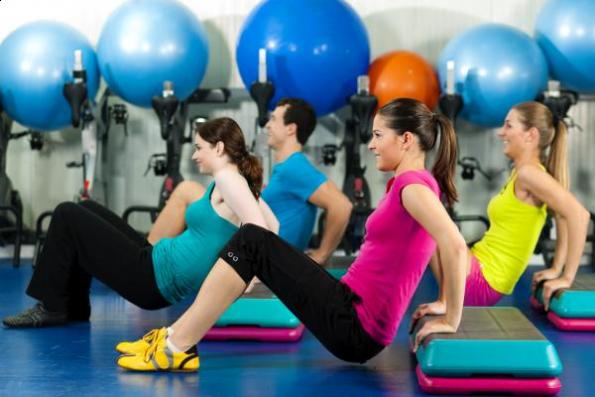 Aerobic exercise is one of the most popular types of physical activity, and its advantages are well-documented. Doing cardio regularly helps you lose weight, improve immunity, prevent chronic diseases, as well as to look and feel younger. But, did you know that aerobic exercise is extremely beneficial for the brain health too? Throughout this article, you’ll see the amazing ways this type of workout benefits your brain and cognitive abilities.

Chemical knew as BDNF (brain-derived neurotrophic factor) stimulates the growth and proliferation of brain cells, particularly in hippocampus the part of the brain which is susceptible to age-related decline. The more you do cardio, the greater amount of BDNF your brain produces.

Aerobic exercise poses as a wonderful way to increase your memory. For example, a study published in the journal NeuroImage found that regardless of gender, young adults with greater aerobic fitness also had a larger volume of the entorhinal cortex, an area of the brain responsible for memory. The team of researchers at the Boston University Medical Center also revealed that participants with larger entorhinal cortex performed better on the recognition memory task.

Furthermore, a study whose findings appeared in the Proceedings of the National Academy of Sciences discovered that aerobic activities such as running stimulate the brain to grow new gray matter and they have a big impact on mental ability. Aerobic exercise improves learning and boosts brain power.

Although scientists aren’t quite sure why cardio stimulates the growth of gray matter in the brain, they assume it’s associated with improved blood flow or elevated levels of hormones that are released as you exercise. Furthermore, this type of physical activity also reduces levels of stress hormone cortisol. The cortisol inhibits brain cells, thus affecting cognitive abilities.

If you always wanted but didn’t know how to improve memory, then here’s your answer – get more cardio!

A global study whose findings were published in the Molecular Psychiatry showed that depression is strongly linked to shrinkage of the hippocampus, another area of the brain responsible for memory. The researchers discovered that 65% of all participants had recurrent depression, and they had a smaller hippocampus. In fact, the more depressive episodes a person had, the greater shrinkage of the hippocampus was found.

As you can see, depression and problems with moods have a significant impact on brain health. Aerobic exercise poses as natural and efficient ways to tackle this issue. A study from Germany whose findings were featured in the British Journal of Sports Medicine showed that cardio produces substantial improvement in mood in participants with major depression in a short time.

The executive function here refers to cognitive abilities such as being able to organize yourself, think abstractly, and plan for future events. For example, a study published in the journal Health Psychology discovered consistent improvement of executive function due to exercise. Researchers also found increased brain activation in participants. These findings show that besides prevention of multiple diseases and weight management, aerobic exercise also enhances aspects of mental functioning.

Yes, doing cardio regularly can help you boost memory and become more productive through improved cognitive abilities associated with executive function. It’s a perfect way to do better at work or school and manage your weight or health.

According to research conducted at the Roger Williams University aerobic exercise has a tremendous potential to improve concentration, which is a great thing to know because the lack of concentration is the greatest enemy of productivity.

The study included 70 participants categorized into different groups such as yoga and aerobic exercise. Researchers discovered that concentration levels and feeling-states improved significantly over sessions of both yoga and aerobic exercises. Cardio produced positive changes in concentration, stress, energy, and overall well-being. On the other hand, yoga only improved mood and self-satisfaction.

Since concentration is one of the greatest dangers to productivity, doing cardio is an excellent way to avoid this unfortunate scenario. When you’re too busy to exercise but don’t want your focus to suffer, there are many other things you can do such as get enough sleep, use dietary supplements such as Adderin that boost cognitive abilities including concentration, and make sure you organize your pending commitments properly.

Aerobic exercise isn’t only beneficial for weight management and prevention of cardiovascular diseases, metabolic syndrome, and so on. It has an incredible potential to improve your memory, cognitive abilities, and overall brain health. Healthcare providers recommend cardio to their patients, and since its brain health benefits are well-documented, it’s something you should include in your daily life.