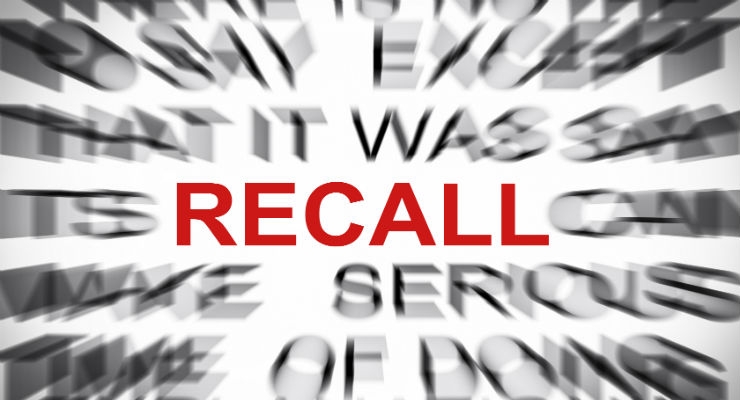 If you’ve released a product which you later discover is unfit for market, because it’s faulty or outright dangerous, then you might justifiably be panicking.It’s a scenario that keeps manufacturing bosses up at night – since it’s one which, if handled improperly, can result in significant damage to a firm’s reputation.

In such a situation, you’ll need to recall a product from the market, filing a recall notice with the appropriate authorities and informing retailers of the necessary measures they’ll need to take to get the product out of harm’s way.

Generally speaking, there are two ways in which you might handle this problem.You can either take care of it internally, or you can hire an outside agency.The latter option is the superior one, for reasons that we’ll explore in what remains of this article.

A product recall is something that can inflict significant harm on a company’s reputation.On the other hand, if a faulty product is left out to market without being recalled, then the damage can be even worse.A product recall, then, is an exercise in damage limitation.The faster and more thorough the recall, the less the reputational damage will be.

A specialist product recall company will be able to mitigate against these problems, as they’ll be able to effectively communicate the stages of the recall – not only to the company on whose behalf they’re conducting it, but to the public as well.This will ensure that reputational damage is minimised.

In order to do anything well, it’s necessary to do it frequently.Not only that, but it’s necessary to constantly analyse how well the thing is being performed, identify respects in which it could be done better, and implement changes to improve matters.The same is true of a product recall.

A field marketing company that frequently performs product recalls will be in a far stronger position to deal with them.They’ll be able to take the necessary steps in the right order, monitor the progress of the recall and report back to the relevant parties, and anticipate any problems that might occur along the way.In this way, they’ll offer the best possible chance of a smooth recall.

As well as possessing the skills necessary to perform a recall well, a specialist will also be able to access technology that will help to make things even easier.Since they specialise in product recalls, they’re able to invest in products that would be beyond the means of most firms.These technologies might include bespoke database software running on tablet devices, allowing product recall agents to travel around, gathering information on the recall and sending data in real time to a central database.

This means that managers can be kept constantly appraised of the progress of the recall – either via email, SMS, or another internet-based solution.

If you’ve already made arrangements with a product recall company before the problem occurs, then you’ll be able to take immediate action.There won’t be any stress about the potential costs of the decision, as you’ll already have considered them before you decided to draft the product recall agency.Consequently, the recall will commence immediately, and therefore conclude as swiftly as possible.

If you decide to perform a recall internally, then it follows that you’ll have to either hire and train staff especially for the task, or remove staff from their existing tasks in order to perform the recall.This is problematic in several respects.Not only will your non-specialist staff be inexperienced in performing the recall, but they’ll be dragged away from the tasks that they are actually good at.This means that the recall will impact the performance of your firm.

In turn, this will mean that those performing the audit will be out of their comfort zones, and therefore stressed.This stress might then translate into a company-wide drop in morale, as the departments you’ve drafted staff from suffer from a lack of personnel.By bringing in a specialist contractor, you’ll avoid all of these problems – you’ll be paying for the service as it’s required, meaning that none of your human resources need be moved from the tasks to which they’re suited.