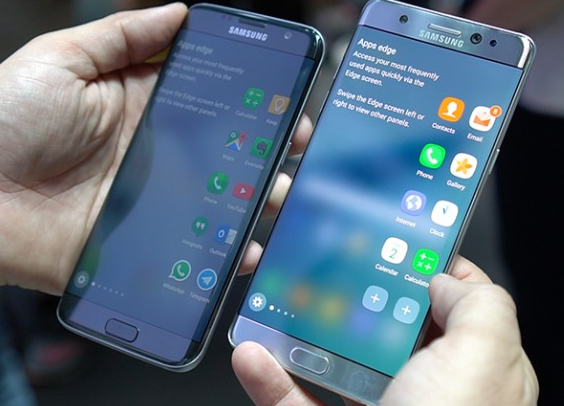 Samsung has finally announced the Galaxy Note 7. Large-screened Smartphone, positioned in the high-end design segment. Excellent Smartphone, squarer look and the addition of a redesigned S Pen. Comes with Quad HD resolution, and new S-Pen stylus,  Taking a quick look at how it compares to the Galaxy S7 Edge.

Difficult to see the difference between the two models in the data sheet. Same processor (Exynos 8890 clocked at 2.3 GHz), same RAM (4 GB), almostsame internal memory with the option to extend (the S7 Edge comes in a 64 GB version and 32 GB), same rear and front cameras, even fingerprint reader and IP68 waterproof certification.

In short, these are almost twins in a purely technical point of view, the only difference in the end, The latest flagship from Samsung comes with iris scanner and better battery power. The S7 Edge powered by the battery of 3600 mAh, other side Note 7 fueled by the 3500 mAh (which is already 500 mAh more than the Note 5). If the battery may seem insufficient, note that Samsung has introduced a new chip, the mDNIe, supposed to improve the battery life among others. 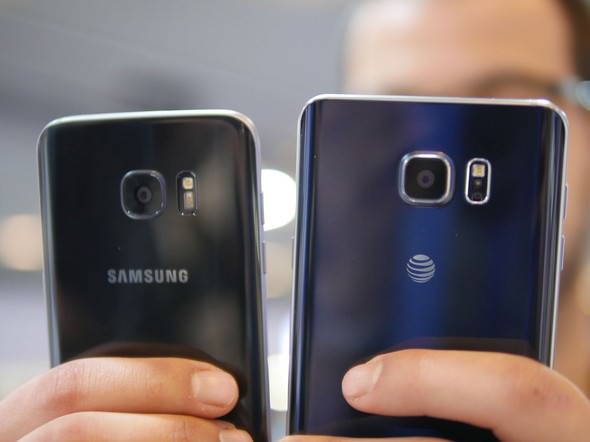 Here is the real difference between the two models, the S-Pen main feature for the Note range. And this year, Samsung has done things well by making a more precise stylus, thin and light. It’s also gaining functionality such as translation live. In the end it is what allows the rating increase productivity compared to Galaxy S7 Edge.

Then the pen now has a lot more cutting edge. We’re talking about 0.7 mm thick and it is capable of detecting 4096 pressure points, which will allow you to draw pictures of an impressive precision. By selecting a part of a text, you will be able to translate into 71 different languages. Finally the most interesting new feature is being able to write on the screen without unlocking, this is possible thanks to the always on display mode. So when this mode, you can write directly on the smartphone.