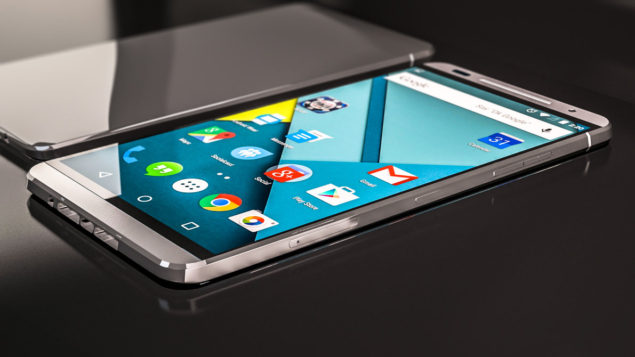 Every Android fan wants to be on the most recent version of Android. Google partnership with HTC is planning to launch smartphones under its own brand, Devices are codenamed Marlin and Sailfish. surfaced on AnTuTu, revealing its core specifications. Comes with google updated operating sytem Android 7.0 Nougat,32 GB of native storage. Still expect a late-September announcement for upcoming smartphones.

This smartphoe will have a 5.2 inch Full HD display with resolution 1080 pixels and it gives pixel density 420 dpi. better than its predecessor. On board, under the hood one you can find the Snapdragon 820 processor coupled with 4GB of RAM and the company will offer 32GB storage capacity. More storage capacity compare to its previous version Nexus 5X and 16GB of storage. A new rumor has just appeared in fact the Sailfish has design with  a plastic design, surely to reduce the price of the smartphone. Only the battery capacity at the side of disappointing 2770 mAh battery. most Smartphone manufacturers offer batteries of 3000 mAh. Smartphone includes a fingerprint reader, You can swipe down fingerprint reader for checking notifications.

The most hardened fans of Google’s operating system still await for the best smartphone. It’s a safe bet that this model will be sold at a lower price compared to its big brother with a design inspired enormously HTC 10. All we need more than an official announcement.

More ambitious than its little brother, the Nexus Marlin will feature a Quad HD display of 5.5 inches. It will be equipped with a processor Snapdragon 821. new  powerful version updated to the SD 820, And a handy 4 GB of RAM for better multitasking and storage capacity increased to 128 GB. Note that, like last year, it’s an AMOLED display used on high-end version. According to the latest from Antutu Benchmark, this smartphone comes with SD 821 CPU.

Last year, Google surprised everyone by launching high-end devices   equipped with a 12 megapixel sensor at a time. when most of the top models offered 16 megapixel camera. In reality, it turned out that the photo sensor was one of the best in 2015. thanks to its large 1.55 microns photo sites that can capture more light than competing sensors and make real in low light prowess.

Sony IMX377 combined with a dual LED flash sensor and a laser autofocus that reused in the HTC 10 with OIS optical stabilization and under the trade name UltraPixel.   The HTC 10  camera sensor is one of the best on the market. It is ranked equal with that of the Galaxy S7 on DxOMark.

In early June 2016, Google said want to regain control of the design of its Nexus and it seems that this is already the case with these two new models. In early July, the US site Android Police provided a first rendering unofficial supposed to represent the design of the Nexus 2016. The program of metal and glass, stereo speakers placed on the bottom edge and a fingerprint reader placed back of the device. A new simple and uniform design.