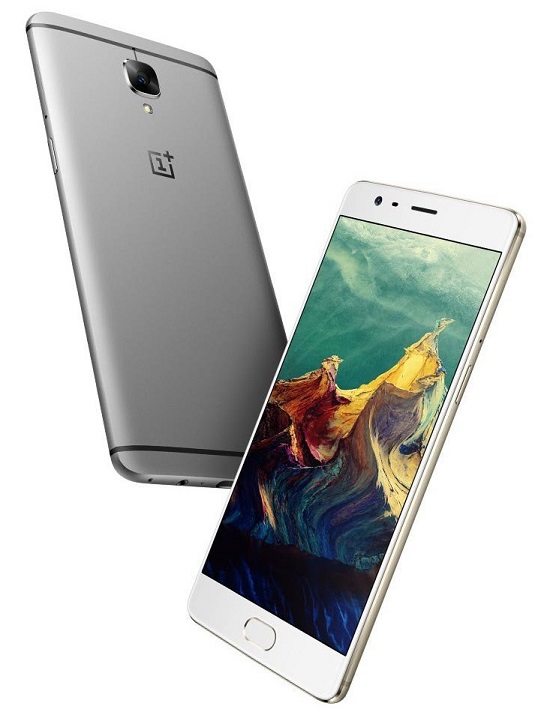 Chinese tech giant Huawei produced a number of excellent smartphones at affordable prices. Company launched Honor 8 smartphone in china and US, It has design with 5.2 inch display and Dual camera set-up at the rear side. Honor 8 is also up for pre-order in the US at Amazon. Other side OnePlus 3 smartphone features a 5.50-inch full HD display, This smartphone available to buy in India at Amazon. Which is priced at INR 27,999.

Like its predecessor, Honor 8 sports a 5.2 inches IPS display with a Full HD resolution that gives approximately 424 dpi, which remains excellent. Very good looking smartphone, especially one the back side of Dual camera.

Other Side, the OnePlus 3 features a screen AMOLED Optic, company implemented its own optimizations. While initially, the quality left something to be desired, the absence of RGB mode relatively unpleasant colors to the eye, Note that this is a Full HD 5.5-inch display therefore offers a lower resolution than the Honor 8.

At this level, it’s really about two very different configurations. The OnePlus 3 powered by the Snapdragon 820 processor like most flagships of 2016. Processor coupled with 6 GB of RAM. Other side, it’s competitor Samsung Galaxy S7 offers 4GB RAM with price tag Rs. 48,900, however, there is no denying the benefits of the latest Soc Qualcomm including the side graphics.

For its part, the Honor 8 reuses the famous octo  core processor  Kirin 950 that already found on Mate 8. Soc remains one of the best CPU in 2015 and still holds the road well in 2016. As part of a typical use, This device also offers 4GB of RAM on the two versions. And a better support to the multitasking.

With its unibody metal, the OnePlus 3 is as a sort of mix between  HTC One M9 and iPhone 6S metal + glass, Honor 8 has a blue light filter for better night time usage. The 2.5D glass used that is the most beautiful and is probably the best ever released by the Chinese brand smartphone.

From that side, both phones  offers something very compelling on paper. Like the Huawei P9 remains an excellent camera phone, the Honor 8 offers Dual camera setup smartphone with f/2.2 aperture, And this is one of the best feature, a sensor of 2 x 12 megapixels. one of the sounding feature in 2016. The set comes with a dual LED flash and a laser autofocus. And for video chat smartphone features a 8 megapixel front camera.

For its part, the OnePlus 3 features a rear camera of 16 megapixels with phase-detection autofocus, dual optical and electronic stabilization,  “dynamic noise suppression” giving you more creative control over your images and measure noise in low light photos taken for sharpening and strengthen  that proves impressive.

Both these smartphones equipped with a battery of 3000 mAh, it is not quite a tie. 3000 mAh with a 5.2 inch screen, this is pretty good in contrast to a 5.5-inch that is a bit light.  OnePlus 3 . However, it makes up pretty much on fast charging through a technology Dash load, allowing it to recharge 63% of its battery in 30 minutes. For full charge, it will take 74 minutes, which is excellent.

Honor 8 offers a battery life of about two days on mixed use, battery can reach a 50% capacity within 30 minutes by  USB Type-C connection.