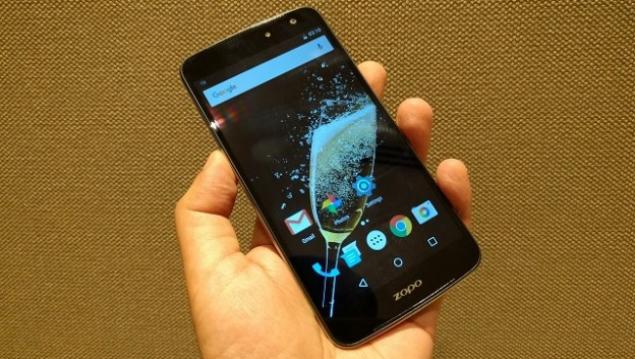 Plastic body design, look’s like sleek, The volume and power buttons located in the upper right edge, including 3.5mm audio jack, Smartphone features a fingerprint scanner on the back side, glossy silver frame, You can unlock your smartphone within 2 seconds, And 21 megapixel primary camera, Slightly curved design, and on the front side selfie camera comes with an LED flash. Not a high-end design smartphone, Average build quality and the cost is very high. Other side OnePlus 3 and Xiaomi Mi 5 offers much better design than this. Upcoming device from Zopo features a 5.5-inch IPS display with screen resolution 1920×1080 pixels, which gives 401ppi, this much of brightness on the device will suffice for watching high quality videos. And the dimension of 152.5 x 76.35 x 9.8mm, weight about 136 grams.

One of the highlight feature of this model is especially the processor, Equipped with deca-core MediaTek Helio X20 MT6797 processor, the world’s first smartphone comes with 10-core processor, 64-bit Deca-core CPU coupled with 4GB RAM, better it can handle multitasking. And for video game players, Company offers Mali-T880 MP4 graphic card, technology would be able to attract consumers.

For storing Android apps and other data, This device offers 32GB of internal storage, which is expandable via External MicroSD card support, and a dual-SIM card slots (both nano SIM), 4G support, This device compatible with NFC, Wi-Fi, Bluetooth 4.1, GPS/ A-GPS and USB Type-C.

Powered by the 3,600mAh battery, better power of Full HD resolution smartphone, sounds very good, According to the company full battery charge will suffice to the single day smartphone usages, But there is no official word on fast charging feature, This battery will load up to 70 % with the half an hour of  battery charging.

The smartphone features a 21 megapixel Sony IMX230 sensor with an f/2.2 aperture with LED Flash, One of the high-end design specification, This camera capable of recording videos in full HD, For video chat and selfies, It will have a   8 megapixel secondary  selfie camera with f/2.0 aperture and LED flash, Which is run under the Android 6.0 Marshmallow and the company not offers UI based operating system. It is available through online retailers Flipkart india website.