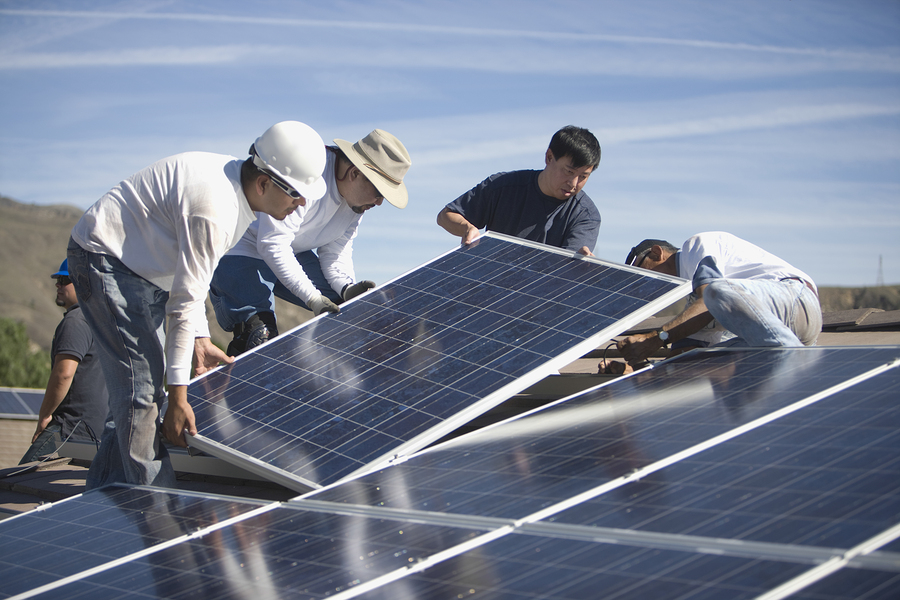 In 1998, the Clinton administration signed the Kyoto Protocol, in which the US, together with 193 other countries at that time, agreed to commit to reducing greenhouse gases and favour renewable energy sources in the foreseeable future. However, the agreement was never ratified by the US Senate (in fact the motion was defeated by a margin of 95 to 0), nor was it supported by Bill Clinton’s successor, George W. Bush, who strongly opposed the Kyoto Protocol. To this day, The United States of America remains the only nation to have signed the Kyoto Agreement and subsequently refuse to ratify it, cementing America’s reputation as being a country which is reluctant to turn away from traditional fossil fuels such as oil and coal.

It would seem though, that America’s attitude towards exploring renewable sources of energy is finally changing, albeit gradually. After more than two decades, on the 19th of July this year, the White House released a statement in which it announced the Obama administration’s initiative on Clean Energy Savings, focusing on two main topics: cutting the energy bill and tackling local air pollution and global climate change.

It seems that, in the meantime the movement towards renewable energy sources, has started from the bottom up, in spite of the initial failure of the Federal State to impose and commit to greener standards.

In terms numbers, 2011 was the champion year of renewable energy in the United States. That year, 11.7 percent of total US energy production came from alternative sources such as solar panels and wind farms. So much so in fact, that it surpassed the output of all of America’s nuclear power combined.

Over one million American homes have now solar panels installed on their property, with California AKA ‘the Sunshine State’ leading the way. A very large portion of these are very new developments, with over 300,000 new solar systems having been installed since 2015. The energy output associated with that many solar panels is the equivalent of a medium-sized nuclear power plant in one year.

The renewable energy industry itself is booming. The White House declared, in the aforementioned Clean Energy Savings statement, that the growth rate of solar jobs is 12 times faster than wat we see in the rest of the economy. SolarCity Corp. is worthy of mention in this regard, with the company responsible for 32% of all residential solar installations during the first quarter of 2016. And let us not forget the ‘grass roots’ success which came via crowdfunding. The “Solar Freakin Roadways” campaign managed to garner over two and a quarter million dollars on indiegogo.com in 2014.

All in all, the current economic environment has forced down the price of a home-based solar system by over 10% in the last year, making it a more affordable energy option than ever before.

It seems that the American public has become quite open to the idea of embracing solar energy. After the financial arguments became more and more coherent towards this particular renewable energy source, more heavyweight players started to join the race, creating a competitive environment and transforming this industry in a pragmatic solution – a far cry from the somewhat less practical idealism of the 1992 Kyoto Convention.

It would definitely be fair to say that the solar power solution is an option worthy of consideration, having by its side meaningful results and visibility through the companies and people dedicated to it. Solar has already proven to be a huge success in Australia, a country with a similar political makeup to the US, so it would appear that the States are looking to follow in their example.