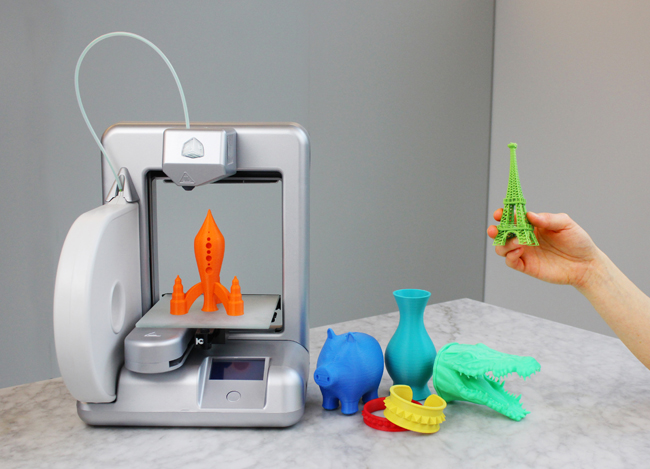 From its humble beginnings as a tool to help develop new products quicker and more efficiently, 3D printing has in recent years evolved into a technology which can benefit pretty much every industry going.

2015 in particular, was a marquee year for the progression of this technology, with a number of radical advancements in the 12-month period.

To show you just how great of a year it was for 3D printing, here are the greatest 3D printing developments from 2015.

While 3D printing isn’t exactly a new development in the dental industry, new work by researchers at the University of Groningen in the Netherlands found a much more effective way which could change dentistry substantially.

The reason this work is significant is because of the material in which the replacements are made. The material not only serves as a tooth replacement, it effectively kills streptococcus, bacteria which gathers in our mouths and causes tooth decay.

While it is a long way from commercial use, it has great potential and could be revolutionary in the way we look after our teeth.

Over the last few years, 3D printing has made leaps and bounds in the production of motor vehicles and aircraft. 2015 was a particularly great year for aircraft components with the advancement in lighter, more aerodynamic and cheaper parts for new aircraft.

Speaking to 3D printing experts Prototype Projects, they told us that: “This technology has pushed, and will continue to push what is achievable in aircraft production.”

“Initially, 3D printing served as a quicker and cheaper way of pushing parts through the prototyping process and was restricted due to the amount of materials (mostly plastics) usable.”

“Now 3D printing is much more versatile, serving as a mode of final production as well as for prototyping, pushing the boundaries of what is capable in industries like aircraft production.”

The traditional mode of 3D printing is to produce parts or items which are solid objects, made mostly from plastics.

In recent years it has made its way into medicine through advancing prosthetics, a great example can be found be checking out the great work done by Enabling the Future.

There have also been developments in bio-printing, creating 3D representations of the inner workings of patient’s bodies to help surgeons better carry out their work.

In 2015, 3D printing took a step further by testing the production of actual human tissue. This was carried out by researchers from Carnegie Mellon University in the USA, who took materials such as fibrins, collagens and alginates, all of which exist in the human body.

Looking ahead, this incredible advancement could mean that the possibility of repairing parts of the body, effectively reducing the costly and difficult process of transplants.

Very much an extension of the point above is the research into 3D printing human cells. In October 2015, researchers at Edinburgh’s Heriot-Watt University announced that they had developed a way of 3D printing stem cells.

The cells they managed to recreate were called induced stem cells, derived from the adult subject’s own cells. These were capable of developing into almost every other type of cell when applied to an area.

Because of its success, this might not only mean in the future we will be able to repair any cell or tissue in the human body, but animal testing will be reduced because it is already proven in the human body.

3D Printing is certainly evolving and moving far away from its original prototyping roots. With its rapid advancement, it could become one of the most important technologies at our disposal.