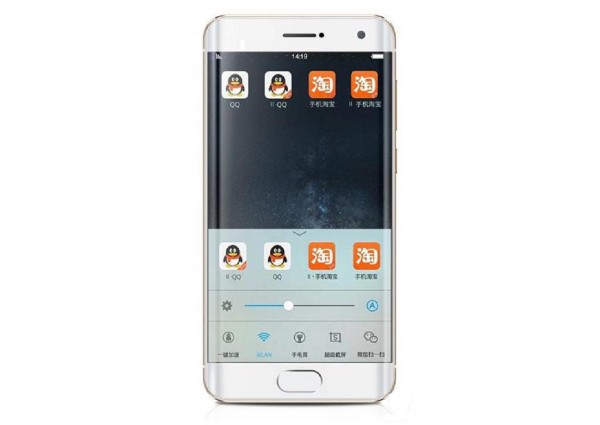 Meizu is one of the biggest smartphone maker in the world. The last year company launched Meizu PRO 5, positioned in the phablet segment, Now the rumor surfaced on social media sites, Meizu PRO 6 sporting a dual-edge display like Samsung Galaxy S7 and Vivo Xplay 5. The company sold 4.4 million devices in 2014, Meizu PRO 6 is a reminiscent of its predecessor.

Coming to the design and specifications side, volume buttons placed at the right side of the device, it will feature a fingerprint reader, more security to the android apps, Sporting 5.7 inches Super AMOLED Full HD display, which gives pixel density 515 ppi, And display protected by the Gorilla Glass 4, the back side design of the mobile looks like Meizu PRO 5, company has released its Meizu PRO 5 in 2015 and reaches 20 million smartphone sales in 2015. To successfully beat this same record, the Meizu Pro 6 is set to release this year. Already inspired by Apple phones, positioned in the PHABLET segment, the Chinese manufacturer now appears to take a design like Samsung Galaxy S7.

Meizu Pro 6 will feature 3D Touch display like the iPhone 6S and iPhone 6S plus. Smartphone makers planned to equip this feature in 2016, According to the recent rumors suggests that 3D Touch will be present in Android N. It will be equipped with a curved screen on both sides. The phone is expected to come with Exynos 8870 processors coupled with 4 GB of RAM. A slightly slower version of the Exynos 8890 Galaxy S7 in some countries.

This device will run on Android 6.0 Marshmallow based with Flyme UI OS, Coming to the photos, the smartphone will feature a 21 MP, f/2.0, with dual-LED flash, It will be available in Gray, Gold, Silver, Black/Silver colors.