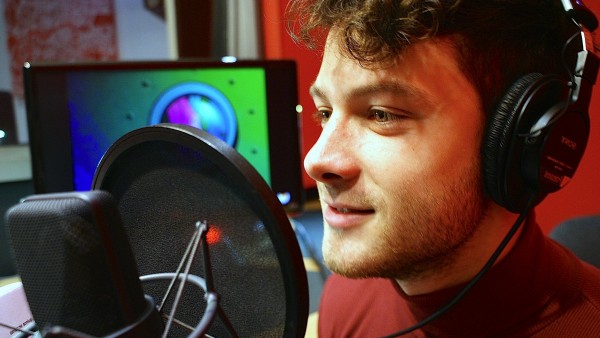 Voice dubbing is different compared to standard voice-overs for commercials and other purposes. Voice acting can be considered as a much more demanding activity. Dubbing professionals need to deal with various emotions, intentions, characters and situations in films and TV series. In fact, these voice actors need to take acting lessons to make sure that they can perform well in their job.

Professional dubbing requires clear pronunciation and focus on rhythm. In any industry, we should be able to find dependable voice talents that can deliver perfect results. When we watch animated movies, we don’t stop and think about the arduous process of creating them. Filming is a long and difficult process. It takes months and sometimes years to complete one. Dubbing professionals may get a complete script months before the actually voice taking and they need to prepare themselves for a long time.

The film dubbing process isn’t simple and relaxed. It is important for professionals to study the script and make sure that their voices represent the desired emotions. Dubbing directors will manage the whole process and they will choose only professionals with adequate experience and training. During the voice taking process, there could be multiple people who hold and read the script; in order to make sure that each sentence is uttered perfectly.

Scripts for dubbing professionals are not just paper with regular text. There are also special codes that indicate when voice actors should say the sentence. Dubbing directors have big responsibilities, especially on animated films. It is important that everything is proper recorded with the right intensity, emotions and intentions. Synchronizing the voice with the characters’ lips movement is only one of the jobs. For critical scenes, voice actors would need to memorize all the lines, so they can understand the mood changes and pauses.

There would be multiple practice runs before they take the actual recording. Voice acting can be challenging if actors are not aware about the script content before the start of the recording sessions. We should be aware that there’s also a level of difficulty that we need to consider. Like regular acting, actors could be assigned to play the role of younger or older characters. The circumstances in the film can be very simple to extremely difficult. It could be a lady sighing while sipping a cup of tea or rapid conversations when the character is very distressed in the film. Voice actors should also be able to express extreme emotions and change their mood levels when required.

Among the most difficult thing to consider when recording voice is deadline. The whole production team may assign a shorter period of time for the voice recording to be taken. In this case, the dubbing industry often works at a really high pace and it can put pressure on many people. It could take an hour to properly record voice acting for 10 minutes of scene or even shorter. People who are interested in joining the dubbing industry should make sure that they are properly trained. They should develop the proper skills and voice characters that set them apart from other voice dubbing professionals.