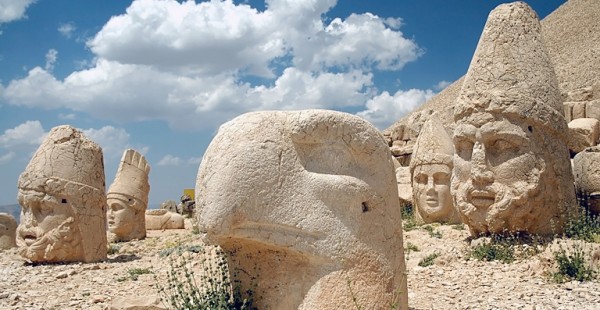 There are many wonderful places in Turkey and the most visited location in the country is Istanbul. The ancient city straddles both Europe and Asia, providing a unique blend of cultures. During a city tour, we should cover all major locations, such as Topaki Palace, Hippodrome, Haggia Sophia, Blue Mosque and others.

The Grand Bazaar of Istanbul is a huge labyrinth with more than 4000 shops and stalls. We could find many cheap items in the market, including fake versions of expensive items, including Prada. We may visit the various Turkish baths. This can be a rather intimidating experience for many tourists. We will walk naked in the steamy room and while laying face down on the warm marble slab, we will be pounded like a meat. For some, it may feel like a torture chamber, but we will feel so refreshed and squeaky clean when we walk out of door.

The next thing we do is flying to Cappadocia with its impressive lunar landscapes. The area is also known for its dramatic gorges, breathtaking fairy chimneys and bizarre rock formations. The landscape may feel even more intriguing than Mars. Cappadocia is often considered as a geologist’s dream. There are also underground towns that were built by ancient civilizations.

Another place that we should visit is the Goreme Valley and it was the place where early Christians escaped Roman prosecutions. They hide in elaborate underground towns with subterranean churches and houses. One of the most impressive is Kaymaki and visitors are able to spiral downward for eight stories. The place was big enough to accommodate 4,000 refugees. It is quite fascinating crouch through the maze of chapels, kitchens, wineries, stables and monasteries. We may also visit locals who still leave in caves, complete with plumbing and electricity. In this situation, we may sample the local tea and honey cake.

Cappadocia is also a famous place for balloon activities and tourists could be launched in a hot air balloon during dawn. The spectacular topography of the area would look really wonderful in brilliant sunshine. We could see other balloons float silently over majestic canyons and sleepy villages. In Avanos, we could go to the local market to purchase exquisite potteries made with various designs and patterns, including those that date back to the Hittites. When visiting Turkey, we should go to any of the carpet factories and we could see many weavers working. This is also a good opportunity to purchase multiple carpets that can be sent directly home.

After a long day visiting various locations in Turkey, we should check whether we can attend the mystical and authentic performances of the Whirling Dervishes. These dervishes seem to enter a state of trance and after watching them for a few minutes, they could actually pull us to a state of trance. We may also find various hotels built around outdoor thermal pools. Pamukkale is famous for various hot springs and it was considered as an ancient spa. Another place worth visiting is the Cotton Castle and it is a true geological wonder.