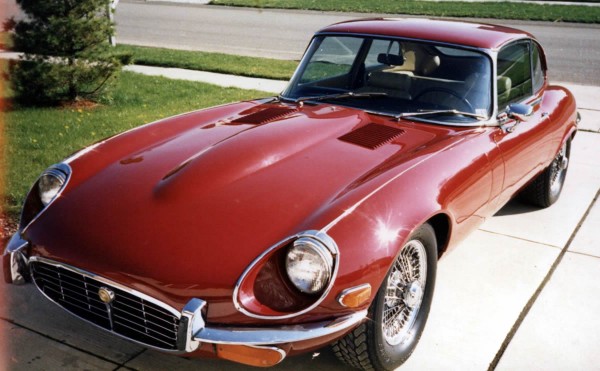 The Jaguar E-Type of one of the most legendary classic car and it was unveiled in June 1961 at the Geneva Motor Show. At the time, the car was known for its powerful engine and sleek bodywork. Eventually, the E-Type became the most spectacular and faster sports car available. The great appeal of the car lay in its impressive specification and looks. There are some visual elements that are borrowed from the cancelled Jaguar XKSS and the previous Jaguar D-Type. Other than the impressive performance and good looks, Jaguar E-Type appealed many people due to its relatively

In 1961, the car was available at around £2000 and the competing Aston Martin DB4 was sold at double the price. The current price of an original and well-preserved Mk.1 Jaguar E-Type is around six figures. The affordable sports car has evolved into an important collector’s item for the wealthy. The car was assembled until 1975 in Jaguar’s Coventry Plant, Warwickshire, UK.

The original model has 3.8-liter engine and later models with 4.2-liter 6-cylinder engine, finally 5.3-liter V12 engine in final models. The car has many variations and themes. As an example, we could find models with dished floors or flat floors. There are also fixed head coupes and two-seat roadsters. Depending on the model and variations, the current price of for Jaguar E-Type could vary significantly.

As stated above, the original Mark 1 was powered by a 3.8-liter engine and it was produced until October 1964, to be superseded by the new model with 4.2-liter engine. The new Mark 1 model delivered much improved performance, 265hp at 5500rpm. The top speed is 149mps and it accelerates from 0 to 60mph in 7.1 seconds. When choosing the very first Mk.1 model, it is indicated by the flat-floored driving compartment. Despite the less powerful engine and lower torque, the original Mk.1 is the most expensive Jaguar E-Type, especially if it is in good condition.

In October 1968, the Jaguar E-Type Mark 2 was released with distinctive tail pipes, recessed interior door handles, facia panel, rocker switches, full width fenders and bumpers, side flasher, larger air intake and uncovered headlights. It uses the same 4.2-liter engine and the car is essentially heavier than the Mark 1. This resulted in slight reduction in performance, with top speed at 139 mph and acceleration from 9 to 60mph in 7.2 seconds.

The final Jaguar E-Type Mark 3 was introduced in March 1971 until the final assembled unit came out from Coventry plant in February 1975. The Mark 3 is essentially a two-seat roadster and it is equipped with the new 5.3-liter V12 engine. The all-alloy engine came with Stromberg carburettors and it delivered 272hp at 5850rpm. However, due to the added weight, the car is slower than the Mark 1 at only 145mph, but it accelerated faster, in 6.4 seconds from 0 to 60mph. The 1970’s oil crisis has affected Jaguar and financial difficulties led to the cessation of the production.