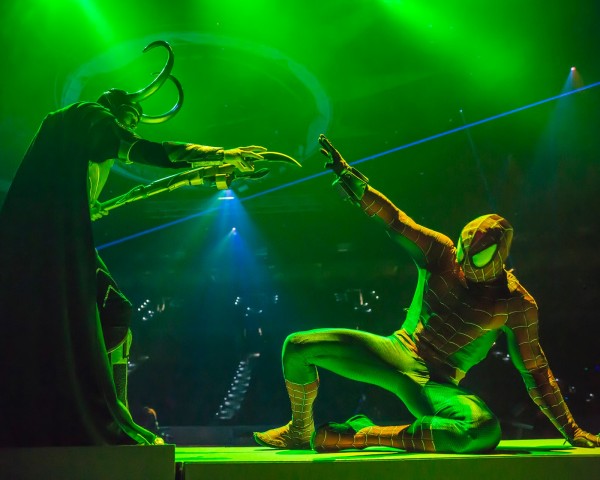 They are probably the most commonly used special effects in modern filmmaking industry. Many of the impressive scenes in LOTR trilogy or the new Star Wars trilogy (started by the Force Awakens) can only be achieved with computer generated imagery of CGI. Significant animation and digitization are required in modern filmmaking projects.

These effects are used to simulate rain, wind and snow. Specialized machinery is required to create artificial natural elements as dictated by scripts. Without atmospheric effects, it can be expensive to bring the whole crew to places where snow, strong wind or rain is present. The snowfall, rainwater and wind should be consistent in direction and intensity to ensure accuracy.

Pyrotechnics are required when scripts need some fire and explosion. Because there’s no room for error, licensed and highly skilled pyrotechnic professionals are needed. It is illegal to learn being pyrotechnician on our own, due to the potentially fatal consequences.

Animatronics involve the use of prosthetics, props and stunts that are supported by piston-driven mechanisms, servos and cables, It is also a highly technical area where knowledge on mechanics, motors, computers, electronics, hydraulics and pneumatics is needed. However, wit proper technique, animatronics can be a low-budget implementation, especially if we use only invisible cables and levers.

Prosthetics are essential and they are enhanced form of makeup. Instead of using ordinary makeup technique, other professionals such as mould makers, sculptors and even mechanical/electronics engineers are required. Moulds are used to simulate specific shapes and fake limbs.

When bookcases and chairs are expected to do something unusual, they can be considered as props. As an example, bookcases may rattle on their own for horror movies or chair may break safely for action movies. Props could also be combined with animatronics to deliver additional effects. The puzzle box in Hellraiser is one of the most popular props in film industry.

It is widely believed that miniatures are longer needed in film industry due to heavy use of CGI and visual effects. However, it is a cheaper way to perform specific scenes. In fact, Rivendell in the LOTR trilogy is a perfect example of miniatures that are designed, built and shot to create convincing effects.