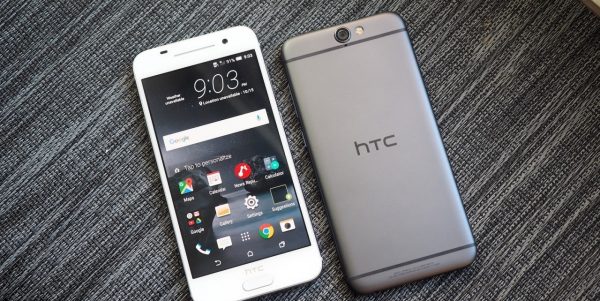 Taiwanese tech giant announced a launch of new flagship smartphone, the HTC One A9, a mid-range device. Several pictures of the product have already been published. Now new images leaked on Orange site for the HTC One A9, sporting iPhone-like design, it will be priced at EUR 599 (approximately Rs. 44,500). HTC has confirmed the launch event on 20 October in New York City.

In mid September Evleaks unveiled the specifications of this smartphone. According to the leaks, HTC One A9 features a screen of 5-inch AMOLED with Full HD display with a resolution of 1080×1920 pixels,  Note also that HTC chose AMOLED panel rather than a Super LCD screen.

A very iPhone 6 design, the first pictures strongly suggested, official reports have confirmed, As for the Home button,HTC One A9 will have a fingerprint sensor, it is simply the best feature on that of the latest Samsung Galaxy smartphone. Apart from the screen size report that is poor, the unit remains beautiful.

On the processor side, With its 617 Snapdragon processor, 64-Bit octacore processor coupled with 2 GB of RAM, the chip is compatible with 4G Category 7 LTE networks. It thus offers a speed of 300 Mbps download speed and 100 Mbps upload speed. And with 4G + data rates supports up to 223 Mbps up. The processor is also compatible with 3.0 QuickCharge fast charge technology that can recharge 80% of the phone battery in just 35 minutes, includes the Internal storage 16GB that can expandable via a MicroSD card.

Regarding the camera part, no revolution, but a major innovation, it has designed with 13 megapixel rear camera sensor, HTC One A9 offers optical stabilization OIS technology, you can find on most high-end design Android Smartphones, Another source also mentioned the possibility that the photo sensor displays an aperture of f / 1.9 like the Galaxy S6. On the front, it has desinged  with a  4 Megapixel sensor, Appears on the HTC One M9.

According to the previous leaks, HTC has chosen to equip its next phone a very small 2150 mAh battery power only. In 2015, really it is very little and the thinness of the device (7 mm thick). After all, Samsung offers on Galaxy S6 a battery power of 2550 mAh. Hopefully the Snapdragon 617 is sufficiently well optimized in terms of energy consumption.

HTC One A9 anticipated to launch directly to the Android 6.0 Marshmallow smartphone. It will be the first smartphone, A significant competitive advantage. Information, again confirmed by the operator Orange, upstream of the official presentation of the phone. Android nexus marshmallow, Presented at the last Google I / O and expected on old former Nexus in the coming days.