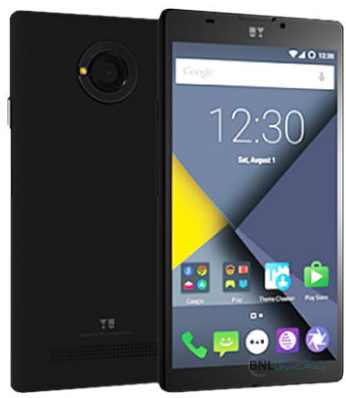 Micromax surely understands the Indian users who look for good quality phones which come at budget friendly prices. This surely is the target Micromax was aiming at when it launched the Yu Yunique to target people who don’t want to spend too much dough on a smart phone but still offers great specs for the price. You can make this phone yours using exclusive paytm coupons and the phone supports 4G which is strongly giving competition to other big names by bringing the power of 4G at such a jaw dropping price. This is surely the budget friendly phone you’ve always waited for!

Here is all you need to know about Micromax’s Yu Yunique which is an amazing phone in the price range of 5,000:

The deign construction is quite similar to the one launched on the Yuphoria only it doesn’t have the metal frames that came with the Yuphoria. The phone comes with a power button squeezed between the volumes up and down keys which is quite new. The phone has a smart matte finish giving it a sophisticated touch to match other high end phones.

The phone offers a 4.7 inch HD display with a screen resolution of 720 x 1280 which is pretty amazing for its price range. Having a smaller screen and higher resolution makes sure that the pictures and videos stand out and reading texts on emails and web page is easier now. The images are sharp and compared to many other4.7 inch screens, everything is clear without being pixilated when zoomed. This makes this a truly amazing phone to work with.

This is quite a fast phone which again is pretty amazing for the price bracket. What helps the phone achieve this speed is the Qualcomm Snapdragon 410 Processor as well as a 1GB RAM which makes this phone pretty impressive. The phone offers 8GB of internal storage which can be increased further by a micro SD allowing you to easily handle your data. The phone runs on the CynogenMod and has a very similar UI that comes with the Android Lollipop. Hence, getting this phone at 5 grand with the latest software is quite a good catch. You can look for beautiful cases for this phone using amazon coupons and get great deals to help you keep your phone safe from dust and scratches.

The phone offers an 8MP rear camera as well as a 2MP front camera for selfies. The rear camera’s performance is quite commendable and it takes good quality images which are crisp and highlight the details well. The phone takes amazing photos in good lighting with only a slight drawback of taking low quality images when the lighting is dim. The front camera is good for now and then usage but again not the best camera to take photos in a low lit environment. However, for the price it’s still quite an impressive camera on offer especially with good lighting.

The phone showed great performance and could run heavy apps such as Candy Crush without any apparent lags. The phone is slightly slower in opening apps compared to more expensive models, but it runs apps seamlessly and switching between apps is lag free too.  The phone provides an average battery life of 8 hours and 3 min which is good enough for a moderate day usage.

If you’re looking for a pocket friendly phone with amazing specifications that match other high end phones, this is your best bet. After all you can afford this phone compared to the Apple Pencil!