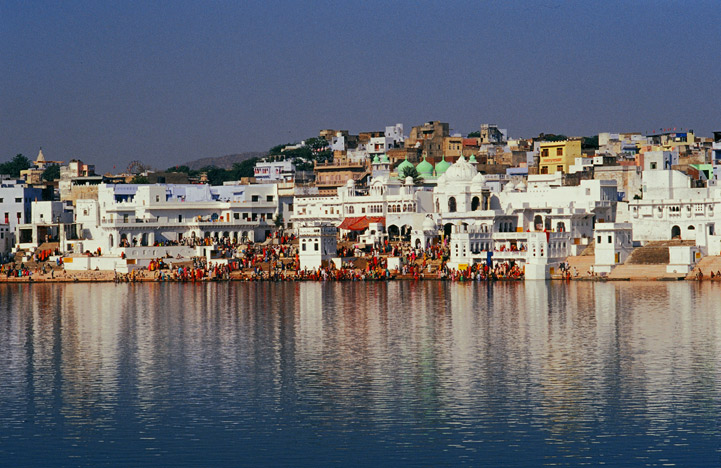 Ajmer is situated amidst the Aravali mountains and it is the fifth largest city of Rajasthan. The city is best known for the shrine of Khwaja Moinuddin Chisti who was the first Sufi saint of India. The base office for Pushkar, a famous Hindu pilgrimage center, is also here in Ajmer. Hence, most of the tourists who travel to Ajmer seek to offer their prayers at the Moinuddin Chisti Dargah for blessings. Known as Dargah Sharif, the site is revered amongst both Hindus and Muslims. Moinuddin Chisti was an immigrant from Persia. His devotion to the poor found him many followers and hence the place became a renowned shrine after him. Since a number of visitors arrive in Ajmer from time to time, it is best to book your stay in advance as the hotels in Ajmer get full during peak seasons of pilgrimage, such as during the period of Urs.

Here are some other popular attractions in and around Ajmer that you can visit during your trip:

Ajmer can be reached by road route easily as it is situated on National Highway 8 on the Golden Quadrilateral. It is just 130 km from Jaipur International Airport. Regular buses ply from Delhi and Jaipur. Once you explore the place, the next destination worth a visit from here is Udaipur. You can reach from Ajmer to Udaipur via road in just 5-6 hours as the distance is about 300 km.

Dimpy Roy is a travel writer working with an Online Travel Guide. She guides travelers about how to travel from Ajmer to Udaipur in best possible way.