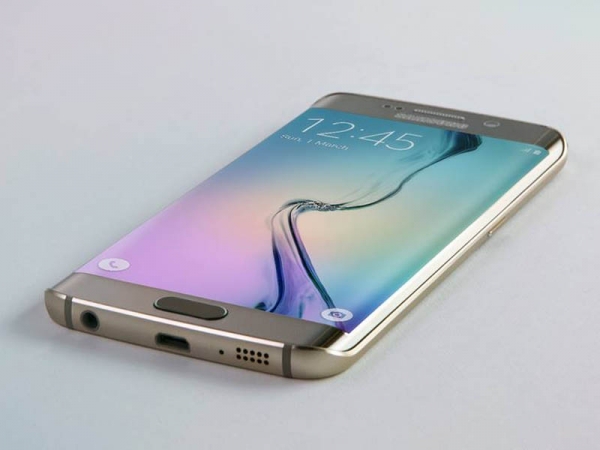 It’s quite understandable about the irresistible passion of the geeks prior to the release of a high-end device. But, at the same time, there are many who would be looking for something interesting in contrast to the conventional way of presenting plethora of information. Well, the easiest way to be creative about something is to look forward for the future of the same. On this context, here we have come up with the compilation presenting the possible set of features, the Galaxy S line up of devices would be witnessing five years later. You may take it as our wish list as well.

Squeezable, tougher than you expect:

Galaxy range of devices has been always eye candy. This is the reason Samsung has decided not exaggerate things with the upcoming Galaxy S7. Hence, we are also pretty gradual on this context for five years onwards. With bendable specs are quite imminent, we expect something like squeezable fitting perfectly within one’s pocket.

Corning Gorilla glass protection is amazing for some, and Galaxy S7 is eyeing for the even tougher Turtle Glass. This hints us to speculate further about something having a glossier body, pretty transparent, light, yet as tough as a rock. You might be enjoying video ads of someone throwing it from the top of a hundred floored towers, and still finding it flawless.

Coming to the display, super AMOLED is still buzzing, but not really a hot concept at present. People are more inclined towards 4K, which Samsung is going to gift its fans this time through Galaxy S7. Well, it’s been about ten years for the smartphones to hit almost every parts of the globe. In ten years if we have reached up to 4Ks, in next five years we should not expect anything much than a 5K combination. What about the screen size? It’s not an issue actually, as we have already witnessed some really gigantic devices in the market.

Water and dust resistive features are among the most wished features with the high-end devices like Galaxy S7. Hence, sprinting five years beyond, we should look forward something like heat resisting capacity up to a great extent, or the water resistance for infinite hours.

Galaxy S7 is already in news for ClearForce technology. Samsung fans are happy that they can now match the shoulders with that of Cupertino’s 3D panel. Many things can be anticipated on this matter going five years ahead. However, the most impending one would be the blend of cloud concepts. In fact, research and development teams of many big houses have started putting efforts on this matter. It would provide a new definition for the user experience.

Qualcomm would be ordinary!

Performance is a key factor for the success of any device. Samsung now is playing with three chipsets, Exynos 7422, 8890, and Qualcomm Snapdragon in accordance with the demand for the device in that particular zone. Five years later we would be expecting Qualcomm Snapdragon to be completely vanishing from Samsung’s list, or would be dealing with some budget devices at some inferior zones from the business point of views.

Coming to the snappers, we can only imagine about the hike in numbers before those MPs. You can’t rubbish about an extra positioning of camera except front and rear ends.

Well, those were our speculations. Feel free to let us know about yours.