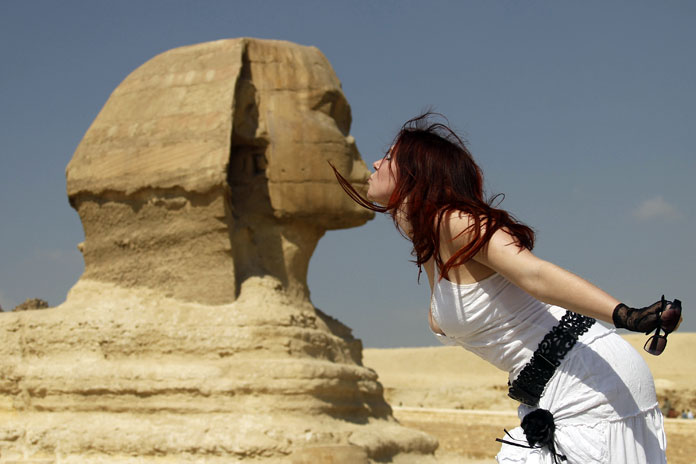 When we are travelling in Egypt, we are surely in for a treat. It is a country with fascinating culture and ancient history. We should be able to see hospitable, friendly customs, long-standing artistic traditions and intriguing archaeological riches. Egypt is really a wonderful place we can visit. When planning to go to Egypt, we should know what to expect from its people and culture. Islam is the dominant religion is the country, while Coptic Christians also has significant presence. Travellers should adapt to traditions that dominate the country. Except for Christian-owner companies, many businesses close on Fridays, but open at Sunday.

Muslims pray five times a day, so we should check the daily prayer schedules before we plan to visit a business or house. We shouldn’t be surprised if activities stop temporarily when the prayer is conducted. Like in any Muslim-dominated country, consumption of alcohol is more restricted. However, liquors for foreigners are accessible, as long as it isn’t overdone and people don’t get drunk in public. When in doubt, we should ask whether a particular social situation is appropriate for alcohol drinking. However, it is typically unacceptable during family gathering situations.

Customs usually allow us to bring one liter of alcohol, but it is important to check it first. In Egypt, alcoholic beverages are available in specified liquor stores and duty-free ships. It would be very unlikely to get wine or beer in any Muslim-owner eating places. Crime in Egypt is typically rare, but we should still be prudent. The local culture puts plenty of emphasis on the extended family and each is responsible for the good reputations of others. Bad deeds done by someone in the family is considered as a shame for the whole family. As a result, crime in Egypt is relatively under control.

In fact, many travellers believe that many parts of Cairo are much safer than in some Western cities. However, it is still essential to take the standard precautions. Unless we are familiar with the area, we shouldn’t walk alone. We should keep our money, traveller’s cheques, passports and other valuables protected. We should be wary of pickpockets in crowded areas and our important belongings should be held at all times. Egypt is basically a more conservative Muslim society and women are less restricted. Many of them have professional occupations.

As a result, female travellers are generally not restricted in Egypt. They can have flexible, casual dress code in Egypt, but it is still important to not show too much skin. During hot days, women can wear shirts that cover should, long pants and any loose-fitting clothing. It is generally less acceptable to wear tank tops, since this will attract too much attention. Egyptian men are close talkers and they often kiss other men’s cheek as a sign of friendship. This could disconcert many Western men, but it is a common friendly greeting in the country. On the other hand, Western men should exercise caution when communicating with women in Egypt, it is unacceptable to kiss their cheeks.