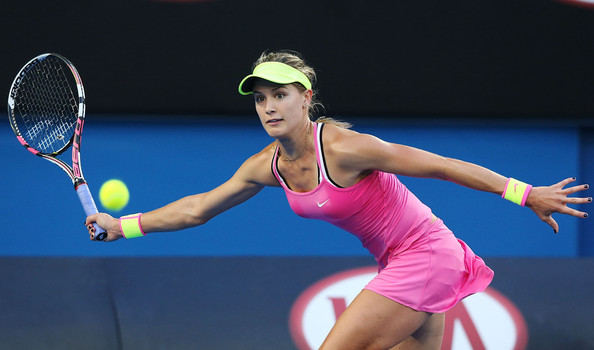 Australian Open is one of the most thrilling events in the modern day sports. The 103rd edition of this mega event started on January 19 and will endure through February 01. Let us highlight on the matches held in different categories so far, and analyze the overall status of the tournament.

The men’s singles have almost reached to the quarter finals, as four of the total eight quarterfinalists have already been identified. These include Rafael Nadal from Spain, who will contest against Tomas Berdych of Czech Republic; Andy Murray from United Kingdom will play opposite to Nick Kyrgios from Australia and Stan Wawrinka has qualified for the third quarter final. However, his opponent is yet to be discovered.

Stan Wawrinka is the defending champion in men’s singles, who seems very confident in retaining his title. Nick Kyrgios, on the other hand, becomes first Australian to make the quarter final of Australian Open since Lleyton Hewitt in 2005.

Now let us see the players who are set to join the league of quarterfinalists. The fourth round of Section 1 will see the Serbian player, Novak Djokovic opposite to Gilles Muller of Luxembourg. In the section 2, Feliciano Lopez of Spain will contend against the Canadian star, Milos Raonic.

Women’s singles are, this time, much more thrilling than that of men’s. As the fourth round games are wrapping up, we are moving to the four quarterfinal matches, to be played between eight players. We already know about the contestants of three quarterfinals, while some matches are underway. First quarterfinal of Women’s Singles will be played between the US-based Serena Williams and Slovakian Dominika Cibulkova. In another match, the Russian Ekaterina Makarov will compete against Romanian Simona Halep. Similarly, Canadian Eugenie Bouchard will play opposite to the Russian star, Maria Sharapova in the quarterfinal matches.

Chinese player, Li Na won the women’s singles championship last year, but is not defending her title this year, as she announced retirement in September last year. The fourth round of Section 3 is scheduled between Madison Keys and Madison Brengle, both from United States. On the other hand, fourth round of Section 4 is to be played between Venus Williams of United States and Agnieszka Radwanska from Poland.

The Men’s Doubles category is also progressing. In the section 1 quarterfinal, Dominic Inglot and Florin Mergea will team up against Jean-Julien Rojer and Horia Tecau. In section 2 quarterfinal, Pablo Cuevas and David Marrero will be challenged by the winners of third round. The section 3 quarterfinal match will be displayed between Feliciano Lopez – Max Mirnyi and Ivan Dodig – Marcelo Melo. At last, the fourth section brings Pierre-Hugues Herbert and Nicolas Mahut against Julien Benneteau and Edouard Roger-Vasselin.

The first team qualifying for the Section 1 quarter finals is Kiki Bertens and Johanna Larsson, while the other team will be announced soon. In section 2, Russian players Ekaterina Makarov and Elena Vesnina will face Bethanie Mattek-Sands and Lucie Safarova. The section 3 quarterfinal will be held between Klaudia Jans-Ignacik – Andreja Klepac and Chan Yung-Jan – Zheng Jie. At the end, fourth quarterfinal will feature Raquel Kops-Jones and Abigail Spears playable opposite to Michaella Krajicek and Barbora Zahlavova-Strycova.

The final games in all categories will be played on February 01, deciding the winners of this year’s Grand Slam (ITF).