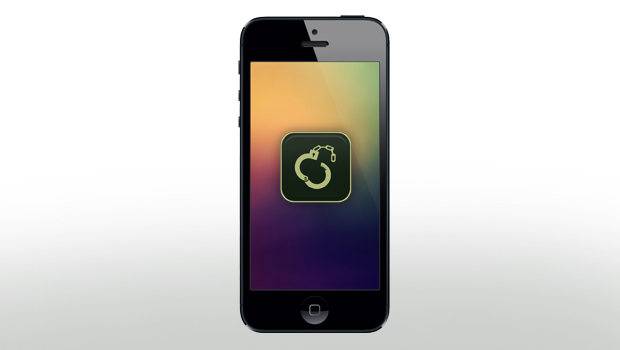 So many smartphones are available in the market nowadays. Consumers are bombarded with different choices ranging from brands, sizes, specs, colours, design, and more. Because of the diversity of the technological advancement in the mobile aspect, people try to find something unique among the choices.

According to the Forbes, a report from American Customer Satisfaction Index (ACSI) states that the satisfaction in the wireless phone industry is improving. Out of 100 point scale, a total of 72 wireless service providers landed the index for overall customer satisfaction rating. However, it is still have a minimum number transversely with multiple industries like cable, television, and others.

Let us dig deeper why no-contract smartphones are a hit for 2014:

Contracts limit the consumers from getting what they want. The reason why most consumers prefer no-contract smartphones is because those type of phones are perceived as a better value. Those smaller companies who provide no-contract smartphones give choices and freedom to customers. They do not lock customers into contracts that makes the customer feels bounded by the terms and conditions.
So what happened to the revenues of small-scale and big companies of mobile carriers?

Mainstream carriers in the US like the big four—AT&T, T-Mobile, Sprint, and Verizon, do not measure up the smaller network provider companies such as Boost, Cricket, MetroPCS (which is now part of T-Mobile), Tracfone, and others that gained a 3 percent rate and a score of 78.

Many consumer opt to get out of the two-year contract provided by major mobile carriers especially for post-paid plans which comes with a subsidized phones. More and more people switch to prepaid month-to-month plans because it offer greater flexibility compared to the contract plans.

Apple announced that two of their new iPhone models can be bought without having to sign up for a two-year contract. According to MSN, Apple declared they will be loosening their connection between phones and contracts. The reason behind that plan is to make their products and services more appealing to customers.

For the consumers, instead of availing the new iPhones in par with a network providers, they can buy the phones without being locked into a deal. Anyone can buy an iPhone 5S even without a two-year contract that costs 199 USD for a basic 16-gigabyte model. People can save money if they make a one-time big-time payment of only 649 USD.

iPhone 5C, on the other hand, costs less for 99 USD with contract because the material for its case is built using a candy-coloured plastic instead of glass and aluminium for iPhone 5S. Without a contract, people can buy it for 549 USD.

If you think Big Four carriers give quite expensive prices for the mobile plans, you may check out these plans given by small mobile carrier companies and see the price difference:

Motorola Moto X – Big four carriers requires the consumers to pay 70 to 100 USD with this type of smartphone made by Motorola. Available in two colours: black and white, this phone features voice controls. This is an ideal device personal assistant because you may it get notifications when you take this phone out of your pocket, which makes it an excellent personal assistant.

You can avail this for just 299 USD, together with unlimited 4G LTE, voice and text in Republic Wireless for a monthly fee of only 40 USD. Unlike other plans, the plans offered by Republic Wireless are cheap because you have to use Wi-Fi for your data instead of a data plan that costs more.

Samsung Galaxy S3 – If you like this type of smartphone, you may apply for Straight Talk Unlimited Plan to get a no-contract smartphone plan. The plan includes unlimited talk, text, and web for just 45 USD per month. Though there’s a monthly fee, this is considerably cheaper than contract plans. However, this primarily use the Sprint and T-Mobile wireless.

Samsung Galaxy S4 – For this Samsung phone, you may check out the plan of Virgin Mobile called Beyond Talk Plan. This no-contract phone plan offers unlimited text, 300 minutes of talk, and data for a monthly fee of 35 USD. This mobile plan can also be availed with other high-end smartphones. But take note that Virgin Mobile operates on the Sprint Network.

LG Optimus F6 – Though this is smaller in size compared to other smartphones, this 4.5-inch LG Optimus is easy to carry around and can definitely fit to your pocket. This phone can be availed for 199 USD in MetroPCS and comes with unlimited talk and text, plus 2.5GB of high-speed data for 50 USD per month. The phone is made up of handy features such as QuickMemo for note-taking and QSlide for launching apps in floating windows (which is ideal for multitasking). Another good thing about this phone is its can be used as a remote for your TV.

Google Nexus 4 – This hip and cool device from Google can be applied with a StraightTalk service plan. It includes unlimited call, texts, and data for only 45 USD. This smartphone features an 8-megapixel camera, 4.7-inch display, 16GB memory and more.Check out the phone and the affixed mobile plan and see if it suits your preference and needs.

There are advantages and disadvantages of availing either a prepaid (no-contract) or post-paid (contractual) plan. Let us know what those factors are:
• Post-paid plans may vary in prices and perks such as unlimited text, calls and data for internet connection.
• Anyone who avails a post-paid plan can get a really high-end device without having to pay the really high-end prices upfront.
• Prepaid smartphones only includes constricted bonuses, but even with the advantages of getting a post-paid plan, more and more people are still availing smartphones without a carrier’s subsidy.
• Although it’s quite heavy-priced, consumers get to save more money when they spend a one-time payment in buying smartphone without contract.
• The true cost of the phone increases and it is way more expensive when the amount for each bill has been totalled.
• The price of the phone becomes overpriced brought by the monthly cost of a two-year contract.
• Because it doesn’t include any promos or packages for calls, text and data, sometimes the consumers have to pay more per minute than they would on a contract.
• No-contract phones are the “best buy smartphones” especially if you are the type of person who search for devices with flexible terms.
• If ever you are not happy with the service you availed, it is easier to switch carriers, data plan or other terms with no-contract smartphones.
• Buying smartphones at lowest price definitely help you save money.
• Search for smartphones that can be bought in wholesale to have two or more devices in a low price.

Even though post-paid plans have been known in the mobile technology industry for a long time, people still have the need to find an alternative especially if they want to save money. Applying for a post-paid needs to undergo process and has a lot of terms and conditions applied. For consumers with credit issues who may have a hard time or may not qualify for a two-year contract, the no-contract plans offered by different small mobile carriers appeal to them.