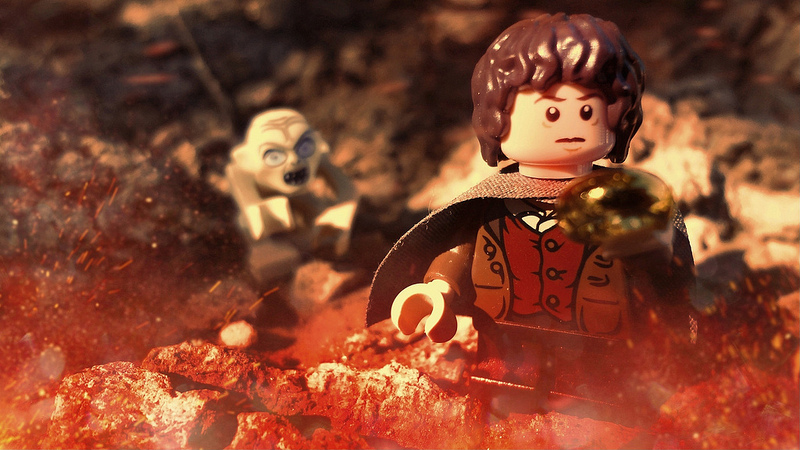 Tolkein’s novel, The Fellowship of the Ring, is a sprawling epic that introduces the reader to the complex, myth-saturated world of Middle Earth. It also tells the tale of Frodo, the Ring and the Fellowship. Peter Jackson, Fran Walsh, and Philippa Boyens wisely chose to pare the story down to its cinematic essentials. The central plot surrounding the ring of power is quickly introduced and, aided by Gandalf the wizard, the hobbits are soon off on the road pursued by the black riders of Mordor. “The Fellowship of the Ring” is a classic story of good versus evil; viewers can easily identify with the fellowship as it sets out on its dangerous quest. There are battles against evil creatures bent on hindering the heroic journey, beautiful interludes in such lovely locales as Rivendell and Lothlorien, and deep character development, as members of the fellowship react to the power of the ring in their unique ways.

The cast was assembled meticulously before production. Elijah Wood, with his large eyes and serious but kindly expression, makes the viewer conclude that no one else could have possibly played Frodo. Ian McKellen is forceful, somber and authoritative as Gandalf the Grey. Viggo Mortensen plays Aragorn with nobility, power and heroism. Samwise Gamgee, as played by Shawn Austin, is an ideal sidekick for Frodo. The other actors and actresses blend perfectly into their roles. No acting is over the top, and no actors call excessive attention to themselves. Because the cast members play their characters so well, you can willingly suspend disbelief and imagine yourself with them in Middle Earth.

Never had a fantasy world been rendered with such lavish beauty and realism before “The Fellowship of the Rings”. No effort was spared to make the special effects, makeup, costumes, sets and locales plausible. Jackson encouraged his production team to think of Middle Earth as a historical place and make it as realistic as possible. The result is a stunning, meticulously rendered fantasy world.

When “The Fellowship of the Rings” came out, it received unanimous rave reviews by the famous film critic Roger Ebert, The New York Times, Entertainment Weekly, USA Today, The Washington Post, The Rolling Stone and many other publications. It was nominated for 13 Academy Awards and won four. It is on the list of the American Film Institute’s greatest films of all time. It won the Hugo Award for best science fiction or fantasy dramatic presentation and the Nebula Award for best science fiction or fantasy script.

“The Fellowship of the Rings” is truly a film classic and worthy of candidacy for greatest film of all time due to its superlative script, direction, production, cast, and the recognition and awards it received.

Desmond Washburn is a freelance writer based in Omaha, Nebraska. Hardcore fans of TLOTR should click here to view a great selection of character costumes.