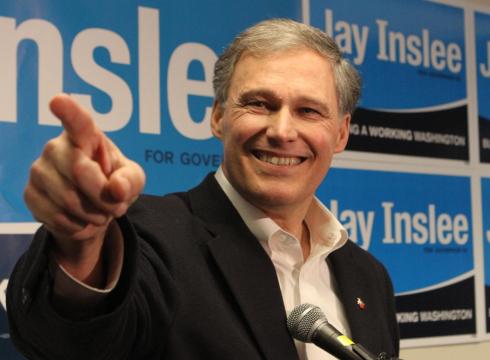 Washington state governor Jay Inslee has been invited to deliver the keynote speech at the 13th annual conference at the Pacific Northwest Aerospace Alliance. The event will be taking place on February 5th and February 6th and it will focus on what are the current changes that are happening within the industry. This is a major concern for those who live and work in Washington state, because the Aerospace industry is a big part of the economy in Washington and especailly in Snohomish County. “With a large portion of our workforce ready to retire in five years, we need to know that the governor is working to keep our industry healthy and strong,” said J.C. Hall, chairman of the Pacific Northwest Aerospace Alliance.

The governor did not respond to questions regarding what he was planning to go over during the conference, but Inslee certainly has interest in the aerospace industry and in particular, has been interested in expanding Aerospace for Washington. One of the things that was discussed in the recent “State of the State” address, he went over the campaign that the state has put together to try to convince the Boeing company to build the new 77x airplane in Washington State. “We have lost too much aerospace work to other states and other countries,” Inslee said in the address. “Today the wing for the 787 comes from Japan. Now we have reversed that trend of outsourcing.”

Even though Jay Inslee and the Washington Legislature created a huge incentive package that would pay out around $8.7 billion over a period of sixteen years, the Boeing company still was uncertain and only decided to go ahead and move construction to Washington after the Machinist’s Union approved a contact that would cut the benefits of the workers. As for the Pacific Northwest Aerospace Alliance conference, some of the factors that will be discussed is exactly why industry suppliers are having to cut costs so much. Other speakers that are going to be making an appearance at the conference include executives from several different companies including GE, Rolls Royce, Pratt & Whitney and of course, Boeing and Airbus.