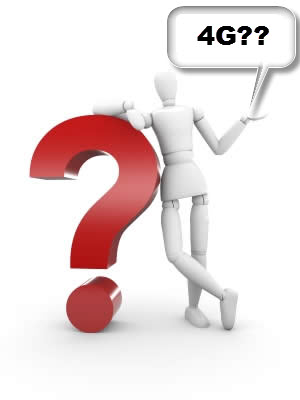 4G, the newest and fastest mobile broadband network, has swept across the UK primarily thanks to the efforts of EE, the operator which first launched 4G and has been managing it extensive relate to UK towns and cities. It is the next big thing for Smartphone and tablet fans, and mobile users in their thousands are rushing to upgrade to 4G.

4G network works in a very simple way, as the bandwidth of the network is increased; the content that is delivered to the customers is going to be much richer as well as more diversified in terms of the type of content and also providing the customer incentive so as to use more services.

As we all know that the number of tablets is growing at a very a very rapid speed in the market, are going to be vulnerable in burning the bandwidth very quickly. Though the small screen of Smartphones may prevent many users from watching movies online, but tablets perform the same functions very easily and also providing the user a lot more comfort than Smartphones. So this increases the need of a fast network and encourages the Tablet user to avail a much faster service available in the market.

However, before you take the 4G leap, there are a few very important things to consider. For example:

Do you have 4G Coverage?

Whilst EE is currently offering 4G services in more than 140 places and the number is going to reach 160 by Christmas, but still the 4G network is not present in each and every corner of the country. You can use coverage checker tools, either on the website of the network you plan to join or on an independent source, to find out whether you live in a 4G area and what sorts of speeds you can expect to get. It will definitely become a big headache for the 4G users in the places not having 4G network, as they were not going to use any data network at that time in that area.

Are you a PAYG user?

4G is available for those who prefer to take advantage of pay as you go SIM plans rather than sign up for contracts. However, because it is so fast, 4G users find themselves burning through a lot more data. On PAYG, you can buy data bundles which offer great value for money, but you may find yourself getting through those pretty quickly too.

Do you need the Speed?

For people who can be classed as ‘light’ mobile broadband users, meaning they occasionally email, browse and maybe download a song or two, 4G may not be the best option. On the one hand, it could transform the way you use mobile internet, allowing you to discover its full potential. However, it could also prove to be too expensive and too advanced for the way you want to use your Smartphone or tablet. 4G is understandably more expensive than 3G, so for some users it will not be worth the extra cost.

In addition to that you also need to know that the 4G network will not be able to solve any problems that existed on your previous network related to dropping of calls, slow internet speed at the peak hours and the problem of coverage gaps. Many experts also fear that the 4G networks offered by various companies are going to end up overwhelmed in a similar way as the 3G networks were at the time they introduces iPhone on its network.

Have you got a 4G Phone?

A common misconception is that once your area is connected to the 4G network, you can simply pick up the signal on your phone and get going. This isn’t the case, as you will need to buy a 4G-enabled handset (i.e. The Apple iPhone 5s, the Samsung Galaxy Ace 3) to enjoy the new superfast service.

Although the users may praise the 4G network and its features but the experts say that only 5 percent of mobile users are going to use it till the end of 2014. They say that the future of wireless internet may be faster, but it is not speeding.