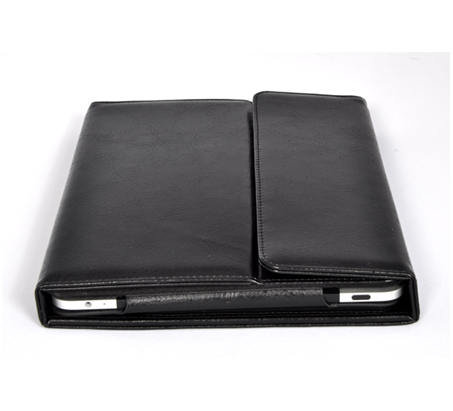 A Bluetooth keyboard works with other Bluetooth devices to give you keyboard access whenever you need it. The keyboards usually have special buttons that work with the functions on Bluetooth devices. There are a range of models and prices available, which can make it hard to choose the best keyboard to suit your needs. When selecting a model, consider its ease of use, size, price, and battery life.

The following models all received high praise from experts and consumers.

If you’re looking for a no-frills Bluetooth keyboard, AmazonBasics, a division of Amazon, is a very affordable option. It costs less than $50 for the Android-compatible and the Apple-compatible keyboard and comes with buttons specific to the devices. Keep in mind, there is no built-in stand or legs to help raise the keyboard.

Apple’s own wireless Bluetooth keyboard came out in 2010. It’s an incredibly thin keyboard with a top row of keys devoted to functions found on the Mac. Another handy feature is the auto shutoff that turns the keyboard off after a period of inactivity. When it debuted in 2007, it retailed for just over $110. Today, it’s possible to find Apple’s Bluetooth keyboard for around $60. The keyboard requires two AAA batteries.

The Logitech K810 works with devices running OS X, Windows 7 and 8, along with the PS3 and Android-powered smartphones. Handy features include a Windows button, home key, and backlighting that illuminates the keys with just a wave of the hand. While it has an arrow pad, there is no numeric keypad. This is a rechargeable keyboard that gets approximately 10 days of use off a single battery charge. Originally priced at close to $200 in 2012, the K810 is available for less than $50 in many stores.

There are two reasons why people love the Logitech Wireless Solar keyboard: first, the battery is powered by the sun, so you never have to replace batteries, and you can easily charge it by putting it under a lamp or in a sunny location. Two, Logitech made it easy to connect different Apple devices to the Bluetooth keyboard with just the touch of a button. The suggested retail price was close to $200 when the solar keyboard came out in 2012, but it’s available at retailers for as little as $55 today.

Microsoft’s Wedge is a mobile keyboard designed to complement Windows 8, but it also works with other operating systems on computers, smartphones, and tablets equipped with Bluetooth. The keyboard is very small, at just over 4 inches deep and 10 inches long, which may make the buttons seem a little small for some users. It does, however, come with a protective rubber cover that doubles as a stand for your tablet. Two AAA batteries power the keyboard. With a manufacturer’s suggested retail price of $80, it’s possible to find this Bluetooth keyboard for as little as $40.

Jonathan Dayton is a freelance writer based in Tucson, Arizona. Jonathan recommends that Bluetooth keyboard owners check out the awesome kensington ipad keyboard case which is available from kensington.com.