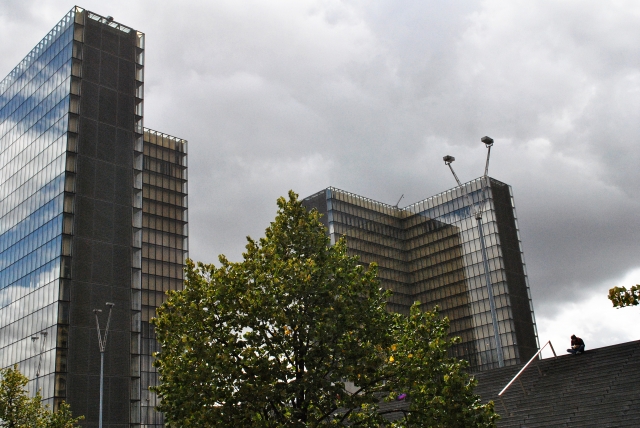 We all know it’s inevitable that sometimes you’re going to have a bad day at the office. But what happens when those bad days become the norm? When you become so put off by your work that you dread having to show up there on a regular basis? If you’re feeling tired, your work is unappealing to you and you’re beginning to question your life choices, odds are its time for a job change. Below is a summary of some of the indicators you might be yearning for a career change. Act now to change your life for the better!

One telltale sign that its time for a job change is if you find your energy and interest levels at the office flagging on a close to daily basis. Sure, it’s not unusual to have a tiring day at the office, but if you’re sleeping and living healthily and still feeling drained at your place of work, then it’s probably your work that’s the culprit. Often the lack of energy comes from the lack of interest, so that if you’re not enthusiastic about your work then it will flow on to your attitude and performance in the workplace.

2.  All the Wrong Attributes

In the vast majority of cases, we as workers have to acquire and develop new skill sets when we enter a particular role. The skills you have need to be developed if you get promoted, and sometimes your duties can veer off into unexpected territory. Often times, although we are able to develop the skills necessary to competently perform in a role, we may not actually enjoy what we’re doing. In other words, just because a person is good at writing reports, it doesn’t necessarily mean they like doing it. If this sounds like how you feel about the functions you perform, then it might be time to look for work that more closely matches the skill sets you both have and enjoy.

It’s true to say that many of us are aspirational, and that as members of a Western, capitalist society we regard financial and material security as something highly desirable. While there’s nothing wrong with having this outlook, you may find that the job you work in is so unappealing to you that the financial rewards it brings just aren’t sufficient in justifying the work. In other words, if you feel poorly about your life and the way that you go about making your keep, then perhaps the paycheck or salary (however large) just isn’t enough to give you a satisfying life. Try looking for work that both pays well and is rewarding and stimulating to you (it is actually possible to find)!

As children growing into adults in our society, we are (knowingly or otherwise) inculcated with a sense of making right and wrong choices, or choices that are successful and choices that are not. Following the values we’re taught, we often find ourselves in roles that society understands to be successful but that leave us feeling unfulfilled. The truth is that, besides the legal and illegal, there are a wide variety of paths you can take off the beaten track career-wise that you may find more fulfilling or suited to you. If they don’t fit the social rubric you’ve been taught about status and success, so what? If you enjoy carrying out an occupation and it provides for you then there’s little sense it changing to something more ‘successful’ at the price of your happiness.

5.  Your Creativity, Altruism and Enjoyment is Being Stifled

If you want to apply your skills to a field that encourages creative and original thought, or if you want to be your own boss and forge your own connections as a business owner, then go for it! There’s really no point continuing in a role that where all of your impulses about what work you want to do are being trodden on. Continuing in such a way can only lead to depression and unhappiness. It is far better if, after researching the implications, risks and benefits associated with a job move, you take the plunge and move on rather than remaining in a rut. Of course moving from one career to another can be risky, but life is full of risks and if the alternative is having an unfulfilling existence, can you really afford to stay?

Image courtesy of Cheap photo stock Michael Richardson worked as an advisor in local government before deciding the role just wasn’t right for him. Now, he’s back at Macquarie University for a second degree, this time studying for his Juris Doctor qualification and the new career opportunities it will bring him!