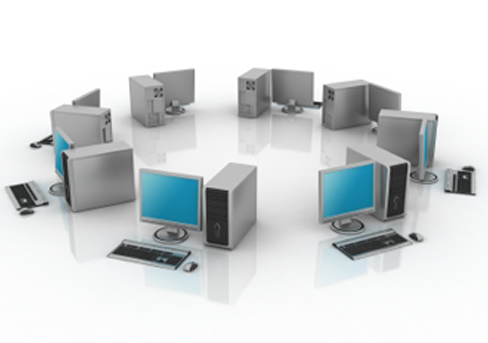 If you know your way around a computer but aren’t too familiar with the terminology or meanings of certain terms and phrases related to computer networking, then here is a newbie’s guide to help you get up to speed on what you need to know!

There are three basic types of computer network:

The most common types of network you will come across are LANs and sometimes VPNs. WANs are only used by large companies or organisations across different sites across the UK or around the world.

Making a Connection to the Outside World

In order for one or more computers to connect to the outside world, they would have to go through a device known as a router. If you have broadband Internet at home, then you will be using either an ADSL or cable router.

The speed with which a router connects or “syncs” to an ISP (Internet Service Provider, the company that provides you with Internet access) depends on the service you pay for, and in the case of ADSL connections, your line quality and how far away you are from your local telephone exchange.

Many routers offer Wi-Fi (wireless) as well as Ethernet (wired) connectivity, so that both desktop and mobile devices such as laptops, smartphones and tablets can access the Internet. For Ethernet connectivity, there are usually four ports on the back of the router; this means that up to four desktop computers or network devices can connect to it.

Connecting your Computers to the Outside World

Most offices, and even many homes, have more than four computers or devices that need Internet and network connectivity, so to extend the number of Ethernet ports available to them, a device called a switch is used.

Switches can be daisy-chained, and these devices range from simple desktop units to rack-mountable devices that fit inside enclosures called server racks (these are only normally found in large offices).

As you can imagine, if you have a lot of users in your office or have the need to connect a lot of computers to the network and the Internet at home, you will be using up a lot of cables.

So for the sake of neatness and quality of service, a professional network cabling services company is usually employed to set up any network cable infrastructure in a home or office with the need for several users.