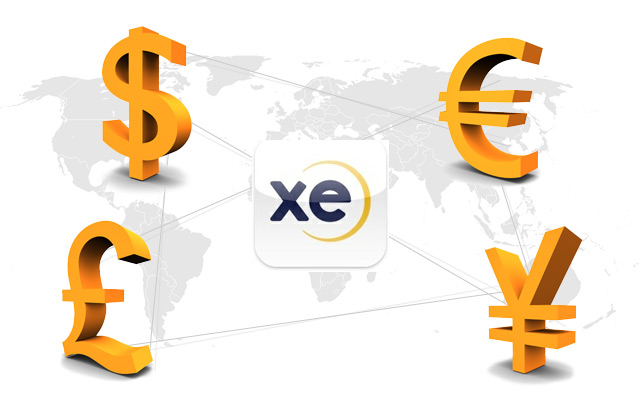 XE Currency provides one with the most detailed listing of currency rates. It covers exchange rates of almost every convertible and partially convertible currency in the world, so you can convert between any two, or convert to a default currency. Provided by the finance company of the same name, the forex options of this app are constantly updated. Indeed, this app integrates their entire website’s functions into a single app. It has over 30,000 historical charts showing the rates of currencies in the past.Finally, it stores the most recent rates of exchange for offline use, though we would not suggest usage of such data since forex rates can change substantially during periods of market volatility.

As the name suggests, Currency is capable of tracking over 100 world currencies. Like XE Currency, it provides a comprehensive conversion experience, though without the additional features that XE’s app has. On the other hand, the interface is more colorful and provides an experience which is more streamlined than that of XE Currency.

Currency Banknotes offers you a good currency conversion experience, but adds to it the novelty of actually seeing what your converted/original currency looks like. Though this may seem to be a frivolous addition to an app that needs to be as simple as possible, the truth is that this is especially useful for tourists and visitors because they do not know what the exact banknotes look like. It also has saved images of hundreds of historical notes which are no longer in circulation. This may be a treat for history enthusiasts, but serves no major forex function. As such, this app is good for the basic conversion that a tourist or visitor needs, but it cannot be considered ideal for those engaged in serious forex trade.

Innovatively named, Oanda is a solid performer which can convert nearly 180 currencies (a record of sorts in itself) and four metals. Another interesting feature of this app is that it allows you to enter Interbank rates (or enter a percentage which is added to the main amount), etc. thus allowing you to make provision for bank charges, etc. It also shows buy and sell rates separately, thus completing the Forex experience. You can read full review of OANDA to get more familiar with the broker.

Strange though it may be, Google integrates a full-fledged currency conversion mechanism in its search page. Simply type “currency conversion” and it will show you the internal currency converter utility, which, since it is on the web, is always updated and hence accurate. To convert 50 Euro to dollars, type in “50 EUR to USD” and you will get the answer straight away! 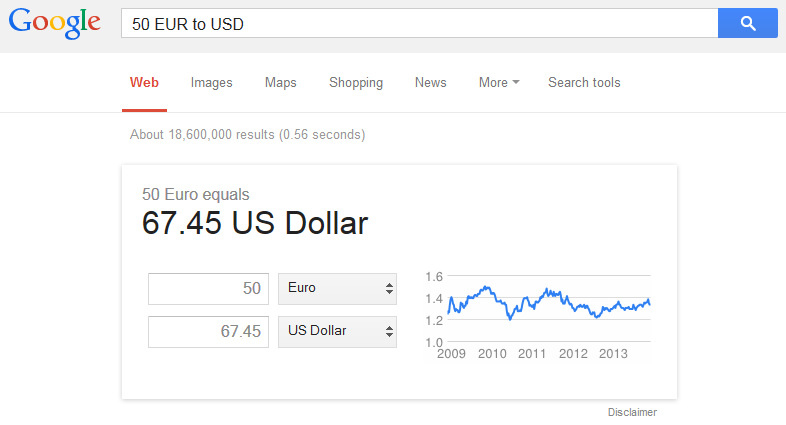 Further, if you’d like to learn the rate of USD to your currency, simply type “dollar now”. These utilities, though they don’t make up an app per se, are extremely convenient since you may not have the data/time to download and install one of the above four when in need of a simple but urgent conversion.